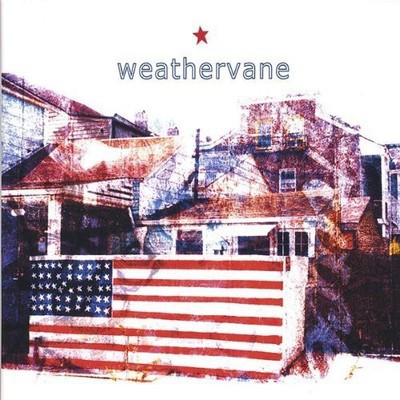 Weathervane was founded in Long Beach, California in the early 90's by Noah Gilman, Richard Guttenberg and Matt McConnell. The band began as a semi-acoustic trio that combined folk/classic rock with ethereal emotion and psychedelic influences. The later additions of drummer Jason Bogosian, and guitarist Toby Semain elevated the jammy acoustic vibe of Weathervane to a full-blown Rock and Roll intensity. After several years of playing the LA club circuit the band took an eight year hiatus. Singer/guitarist Gilman ventured on to New Orleans where he began an exploration into the musical traditions of the American South. Earlier that year Matt had also left Long Beach for the organic and woody confines of Arcata, CA. There he played in several blues and jam bands while attending Humbolt State University. Richard remained in Long Beach and continued playing bass in various projects such as Anacrane, Velvet Manilow, and TSB. In 2002-03 paths were crossed again and the group was reunited. Noah returned from New Orleans just months after Matt had returned to Long Beach. The three friends celebrated their reunion with backyard BBQ's and music while silhouetted by California sunsets. The trio immediately began work on the collection of songs that Gilman had brought with him on the bus ride from Louisiana - the same collection of tunes that appear now on the groups' self-titled independent 2006 release. In the spring/summer of 2005, Weathervane was joined in the studio by drummer Toby Semain, guitarist Dan Wistrom, and producer Elliot Chenault. The subsequent work from these sessions brought to life the musical vision shared by the three founding members. Matt had moved on again, this time to Bend, Oregon. But not before leaving an indelible imprint on the character, spirit and soul of the band. Perhaps Matt's' best work is his contribution on Sweet Communication, where his rootsy acoustic guitar solo puts him right into the room with you. Dan, Toby, and Elliot's contributions to the songs are abundant and provide energy, flavor and texture. Engineer Mike Stromsoe's masterful mixes give the record it's eclectic ambiance and moody feel. The subtle hint of Americana makes the LP a modern roots record with songs of love and loss, pain and despair, discovery, joy and rejuvenation. Mario Santillan is featured on drums for the latest incarnation of Weathervane, along with Dan Wistrom on guitar and Scott Pitts lending vocals and percussion. The band now focuses it's attention on delivering it's melodic Rock and Soul-inspired repertoire of songs to it's audience with deliberate passion. In life there is a journey between night and morning, and between a healthy life and one of decadence. There is a fine line between love and obsession, and a chasm between happiness and sorrow. Weathervane is a journey of a group of friends - a California band with a New Orleans vibe.

Here's what you say about
Weathervane - Weathervane.