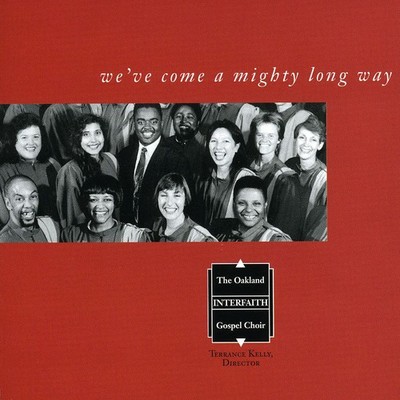 Biographical Information The Gospel Academy Award-winning Oakland Interfaith Gospel Choir, under the direction of Terrance Kelly, is a multiracial, interfaith group of 55 vocalists united in their love of gospel music with it's message of hope, joy, unity and justice. Performances: Their exquisite vocal harmonies and stirring gospel repertoire have led to performances with gospel recording stars Tramaine Hawkins, Take 6, The Clark Sisters, Walter Hawkins, Timothy Wright, The Dixie Hummingbirds, Clarence Fountain and The Five Blind Boys of Alabama, and with jazz and pop recording artists Linda Ronstadt, Peter Gabriel, Pharaoh Sanders, Stan Getz, John Denver, Marlena Shaw and Jeffrey Osborne. The Choir headlined the 40th Annual Atlanta Arts Festival and delivered memorable performances at the New Orleans, Monterey, Russian River and San Francisco Jazz Festivals, the Oakland Coliseum Concert for Nelson Mandela and the 1994 Grace Cathedral sermon by South Africa's Bishop Tutu. OIGC has toured Australia, Israel, Canada and traveled throughout the US. Awards: 2002, 2001, 2000, 1999, 1997 - Gospel Academy Awards for 'Best Community Choir of the Year'; in1997 Terrance Kelly received the Award for 'Outstanding Director of the Year'. The Choir received the 1998 Arts Organization of the Year Award from the Oakland Metropolitan Chamber of Commerce. In 1997 OIGC received a Gold Award for promotion of cultural understanding through music at the International Music Festival in Sydney, Australia. Terrance Kelly received an Emmy in 1995 for his choral arrangement of the Choir's KGO-TV public service announcement. In 1989 and 1990, the Choir received awards for 'Best Performance of the Evening' at the Gospel Academy Awards. Recordings: We've Come a Mighty Long Way (live recording); December, 1995. Rejoice! Christmas With The Oakland Interfaith Gospel Choir, November, 1999. Recorded at Fantasy Studios, Berkeley and Emeryville Recording Company. Great Day - A Cappella Negro Spirituals, February 2003. Recorded at Fantasy Studios, Berkeley and Emeryville Recording Company. The Choir has performed on three Grammy Award-winning albums: Linda Ronstadt's Cry Like a Rainstorm, Howl Like the Wind, Hammer's Too Legit To Quit, and Tramaine Hawkins' Tramaine-Live. OIGC has also recorded with the Kronos Quartet, and in June, 2001, with Carlos Santana Television and Film: The Choir has been profiled on CBS-TV's Sunday Morning with Charles Kuralt,and is the subject of Skip Brown's award-winning documentary film, This is Our Story, This is Our Song, which has been broadcast repeatedly on Public Television. Musical Background: The Choir's Director, Terrance Kelly, has extensive musical credentials in both gospel and jazz music. His operatic range and joyous emotional feel for the music make him a popular soloist as well as an accomplished director, composer and arranger. His credits include choral arrangements on albums by Linda Ronstadt and the Kronos Quartet, and gospel arrangements of popular music for TV and video soundtracks. In addition, he wrote and arranged most of the music for all of the Choir's albums. The Choir's accompanists include keyboardists Ben Heveroh and Tina Bryant; David Belove on bass, and Darian Gray on drums.