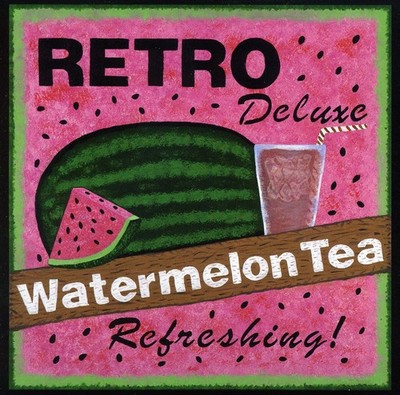 With a total of twenty-nine (29) all new original songs released over the past year, Retro Deluxe has emerged as one of the finest new blues bands around. Their debut album entitled "Baby It's Hot!" was released in August of 2009 and has been very well received. The Blues Underground Network named "Baby It's Hot!" the Best Live Blues Album of 2009 and various tracks have received considerable play time on Smokestack Lightning, Blues Deluxe, and numerous national and international radio shows. In July 2010, Baby It's Hot! Received an encouraging review in Blues Blast Magazine. For their brand new CD, "Watermelon Tea," founder/singer/songwriter Bobby Joe Owens decided to take a different approach when life's challenges forced a change in the band's lineup. Bobby Joe recruited hot young guitarist Zach Sweeney (Skinny Fats) and they both traveled to Mississippi in early August 2010 in search of a new, raw, high energy, down home sound. They arrived at Jimbo Mathus' (Squirrel Nut Zippers, Buddy Guy, Elvis Costello, Tri-State Coalition, South Memphis String Band, etc.) Delta Recording Service in Como, MS and immediately got to work. Jimbo produced and played drums, etc. And his partner Justin Showah (Afrissippi, Tri-State Coalition, etc.) engineered and played standup and electric bass. Jimbo was so impressed that he called on Grammy/Emmy Award Winner Billy Earheart (Amazing Rhythm Aces, Hank Williams, Jr.) to play piano and organ on eight of the songs. The resulting sound was exactly what Bobby Joe Owens was looking for. Aside from the keyboard and backup vocals, all of the songs were recorded live in the studio and five of the songs were recorded in one take. The recordings were done with an old school approach and two of the songs were recorded with only two vintage RCA ribbon microphones and standup bass pickup. Everyone who participated in this special recording project is very proud of the outcome. "Watermelon Tea" will be released on October 1, 2010 on Bobby Joe's home grown Rinkled Rooster label. A new Retro Deluxe lineup including Bobby Joe Owens (Lead Vocals), Zach Sweeney aka Skinny Fats (Guitar), Bob Peirce (Standup/Electric Bass), Mike Mautino (Drums), and Dave Gorozdos (Keyboard) is now in place and big things are anticipated with the release of "Watermelon Tea." They've paid their dues, they've done the time, and now Retro Deluxe is ready for their place on the big stage!

Here's what you say about
Retro Deluxe - Watermelon Tea.

1) Watermelon Tea
2) A Woman Like That
3) I've Got One Woman
4) You're Lyin'
5) The Mother Nature Song
6) One Tooth Tessie
7) Too Much Drama
8) Clarksdale Mississippi
9) Hoochie Coochie Back Door Man
10) Wine and Religion
11) Rockin' the Blues Tonight
12) What in the Devil Did I Do Last Night?
13) Beer and Whiskey Wine and Cigarettes
14) Heavenly Band
15) Rough Tumble Roll
16) Blues Infusion