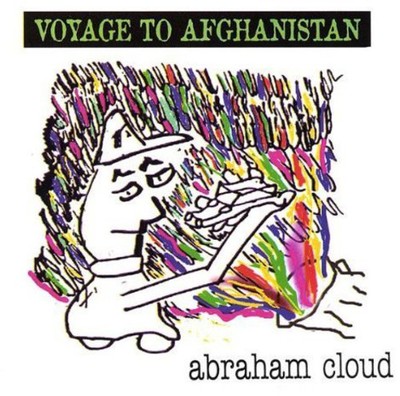 Abraham Cloud is an urban storyteller with a unique perspective and a gift for melody. Addressing predominantly homeless and shiftless themes, Abe's stories are detailed narratives told from a first hand point of view. Although Abe claims, 'Observing and not doing is my inspiration for writing,' 'Voyage To Afghanistan' is, in fact, based on his life experiences. From the Salinas Valley of Northern California to the streets of Los Angeles - raised on the stories of Steinbeck and the music of John Lennon, Abraham Cloud has a story to tell. In many ways reminiscent of the bar room music of Tom Waits, Abe's music covers the spectrum of musical styles and is difficult to pigeon-hole into a specific category. Poignant and sincere, Abe conveys with his sense of humor firmly intact. An unconscious but effective marriage of unique stories with his own persona, Abe's personality and down-and-out humor are an integral part of every story that he tells. 'When I'm writing my best, desperate characters come out but with my sense of humor,' Abe explains. Often contemplative, frequently introspective and always insightful, Abe tells a story like no one else. 'My goal is to tell a complete story, but not a specific one. I try to leave enough space so that anyone can write their own story into it,' says Abe. The result, intensely personal stories with universal appeal, makes 'Voyage' food for thought, not just another collection of pop recordings. Who is Abraham Cloud? Judging by the songs on this release, he is Ratso Rizzo with an acoustic guitar. Cloud's seemingly autobiographical songs tell tales of him wandering seedy Los Angeles looking for a cheap breakfast, followed by cheap sex and cheap booze; and considering Cloud's weathered voice, one has to assume he sings what he knows. His 'losers with heart' storylines are reminiscent of Tom Waits or Springsteen. A modern day singer/songwriter who is equally at home with broad anthem-like, sweeping guitar statements or soft, introspective ruminations, Cloud has a sleepy, expressive voice with a range somewhere near Lloyd Cole's. He writes great lyrics and has a taste for crunchy alterna-guitars and subtle, Beatle-esque hooks. L.A.-based artist Abraham Cloud is a marvel of songwriting prowess, powerful vocal skills, casually adept guitar work, and deft arrangements. His gritty observations on heartache and lust are softened by an unguarded disenchantment that never slips into saccharine, self-absorbed reverie. 'Voyage To Afghanistan' is a weird and wonderful little masterpiece. Lyrically it never fails to entertain with little twists and clues, almost like the '12 Monkeys' or 'Fight Club' of CDs. Musically it's kinda like the Beatles meet Radiohead,Lou Reed and Bowie in a bar and they get the bartender to sing. What I really love about this CD is the layers. On top, the songs fly by beautifully and sound great, but if you wanna go deeper there is a plethora of incredible images and tie-ins. Dig In, 'Voyage' is a very satisfying meal. Abraham Cloud is one of those rare artists that still writes deeply involving and poetic songs with a good beat and melody. One of the true underground artists, he gets bored quickly playing the same songs, so doesn't play live very often. Instead he works on new material and explores new places. The results are uniqe and inspired SONGS, not product. Using vivid imagry and interesting musical arangements he truly takes the listener on a trip.

Here's what you say about
Abraham Cloud - Voyage to Afghanistan.