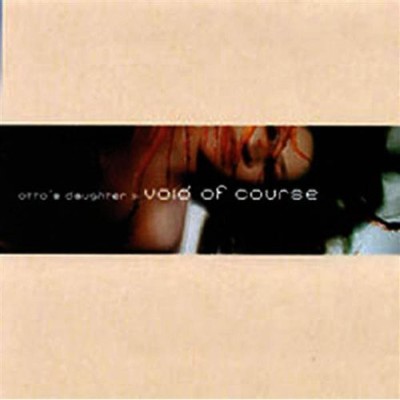 Otto's Daughter 'Female fronted Aggressive, Energetic and Melodic Rock with in your face vocals. It's a bit of Punk, Pop, Rock and Industrial/Goth without one overpowering the other'. -Peppermint Mag.UK- Otto's Daughter's style and sound came about when European transplant Singer/Songwriter Jacqueline van Bierk and Californian native HH Gadget (Drummer/Songwriter) started collaborating. Otto's Daughter came alive as a full band in October 1998. The debut 'Void of Course', released in October 1999, was added to over 250 College Radio Stations nationwide and has gotten write-ups in local, national and International Music Magazines and E-zines. The band has been featured on many music sites, including MP3.com 'woman in rock' and Cdstreet.com. The second album 'Renew', mixed by Neil Kernon, who's worked with bands like Queen, Queensryche, Rorschach Test and many others, was released in May 2002 and has received positive reviews nationwide. 'Renew' is currently receiving College Radio Airplay. The Songs 'B' and 'Stripped' are spinning on WDHA' s ' Girl Power Hour', NJ's biggest Rock Station. Otto's Daughter, originally from NYC, currently relocated to LA . The band has played at NYC's CBGB's, Downtime, The Continental, Webster Hall, Irving Plaza, The Elbowroom, Philadelphia's Trocadero Theatre, The Balcony, New Orleans Wax Museum, Dixie Tavern, The Hard Rock Café, The Middle East in Boston, MA and many others. The band has an energetic and entertaining live show. Jacqueline van Bierk grabs everyone's attention with her aggressive and powerful stage persona. The album 'Renew' is being distributed by Metropolis. Otto's Daughter is currently in the studio writing new material and preparing for live performances in the LA area. 'I did find myself spellbound, the pipes of Jacqueline van Bierk, a sultry temptress whose delicious voice reminds me of Siouxsie. Most of the numbers here would sound just fine coming out of the radio' -Bill Ribas NYRock.com 12/2002 'The crunch and grind of a hardcore metal band, the dark, moody feel of NIN and the sultry emotive vocals of Veruca Salt. A great disk with huge potential' David Goff/Indiego Music 08/2002 'If this band were a stock I would put a lot of money into it because they are going to take off' -Jason Smith, Fan 2003 'Renew' has enough pop hooks, instrumental flair and sinister underpinnings to seduce any unsuspecting modern rock listener' -Kevin M Mathews/ Power of Pop 07/2002 'Otto's Daughter provides listeners with music that is mysterious and slightly dangerous. Dark in nature without giving in to the gloom and doom feel.' -Gothicvixen.net 05/2002 'A righteous slap of cyber erotic pop-metal' -Ken McIntyre/The Sleezegrinder 04/2002 'Strong vocals and punchy tunes with strong rock attitude' - Pat Hawkes-Reed/Legendsmagazine 'A superb promising young act' -Rockmetalbands.com 04/2002 'Try this music on and you'll find rhythmic industrial stitches holding together throbbing bass gothic sleeves, colorful art rock pockets and collars, and numerous techno colors throughout the rest, particularly reflected from the singer's black leather pants.' - David Lilly for Nefariousmagazine 2002.

Here's what you say about
Otto's Daughter - Void of Course.