Lee Murdock - View from the Harbor 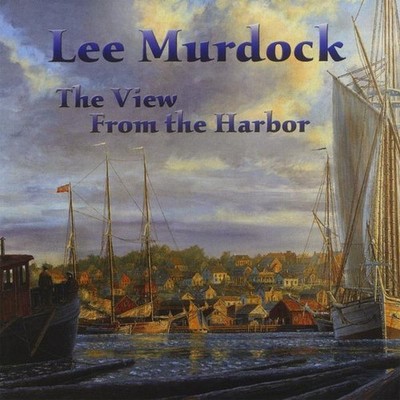 Step ashore with Lee Murdock. Playing the guitar and recounting stories from the vast Great Lakes watershed are his life's passions. The View From the Harbor, his 16th CD, is one more stop in his musical journey across time, over the horizon and deep beneath the waves. Contemporary perspectives, starting with a true (or is it urban folklore) tale of a late-20th century mariner aboard the Buckeye ... traveling back in time with a beat poet rendition of a 20th century seaman on the Pittsburgh Steamship Line (Tin Stack Fleet) ... remembrance of the Dutch immigrants, saved and lost, in a fire aboard the steamer Phoenix on Lake Michigan in 1847 ... a plaintive personification of a mysterious shipwreck believed to be the famed 19th century lumber schooner, Thomas Hume, and reaching back to the 18th century French Jesuits who were some of the first Europeans to settle our continent. Ties that Bind captures the essence and magic of the underwater world, and everyone will identify with the happy song skipping across the waves in Lee's new anthem celebrating the restoration of the Toledo Harbor Lighthouse. Known for his interpretations of Great Lakes maritime history in song, it has been five years since Lee Murdock's last Great Lakes recording. (In the interim, he released Wordless in 2007 and Christmas Goes to Sea in 2005). There are some surprises in store as you listen to this new project, and we think you'll enjoy the mix of old and new in the lineup of songs and musicians. New Lee Murdock original songs (several written by special request): Remember the Night of the Phoenix (#1) Just Five Minutes (#5) The Lady of Old Maumee Bay (#7) I Am Still Here (#10) Just one from the traditional songs collected by Prof Ivan Walton: Up Anchor (#8) By coincidence once again, most of the songwriters whose work is covered on this CD are Canadians: Nathan Rogers (Mary's Child #6) David Francey (Ashtabula #9) and Ian Bell (Ties that Bind #2). The lineup of musicians is short but sweet. Just one versatile backing vocalist, Sue Demel (of Sons of the Never Wrong), bringing a new dimension in sound and soaring vocal textures to the songs. Dennis Stroughmatt plays fiddle on three tracks (#6, #8 and #10) and adds the authentic Upper Louisiana Creole dialect to Mary's Child. Dennis is a fine traditional musician in his own right, as leader of two bands, Creole Stomp (zydeco) and l'Esprit Creole (traditional Upper Louisiana Creole). Jim Cox (bass) and Jeff Thomas (percussion) swing into prime form in Lee's unusual arrangement of The Alva C Dinkey (#3)--one of the audio surprises on this release. (Lee picked up this song from poet and working mariner Geno Leach at the Mystic Seaport Music Festival a few years ago). Blue Water Band musician Drew Carson is also back, playing mandolin, dobro, tenor banjo, and guitar. Gary Daigle helped to bring it all together in the mix, putting the sound in the right place.

Here's what you say about
Lee Murdock - View from the Harbor.