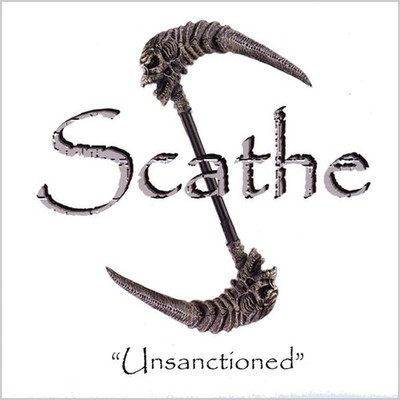 Scathe was formed in Champaign, Illinois in April of 2008. The band has many influences including: Tool, Slayer, Helmet, Pantera, Megadeth, and Clutch to name a few. Although Scathe has drawn influences from all the bands listed, they have a unique sound that is theirs alone. Shying away from the stereotypical metal band stigma, each member adds to the one-of-a-kind, infectious, high-energy songs and stage show that have earned them an ever growing solid fan-base. The band members include vocalist Bryce Johnson who has a powerful and melodic voice with a wide vocal range. Bryce was formally in the band Third Stone which had some national success, and was on the local Champaign record label Hammerhead Records. Lead guitarist Jeremy Harper has a unique style that is interesting and memorable. Jeremy has been playing guitar for 17 years, and teaching guitar for 13 of those years. Jeremy hosts an open-mic night that has a large following proving himself as a vital part of the regional music scene. On rhythm guitar Jason Beck brings a solid, tight fit between the bass and lead guitar. Beck has a monstrous tone that fills the room and makes the music seamless. Bass guitar is played by Josh Dodson who compliments the drums with his super-low, massive riffs, and tone. Metal Blade Records showed interest in Beck and Dodson's old project Downshifter in the late 1990's. Jason Kitterman is a heavy handed drummer that has pinpoint accuracy which leads to a heavy and uniform sound. Scathe had their first show on August 1st, 2008, and since has worked relentlessly to earn new fan support. Scathe has had the pleasure to share the stage with such acts as Mind Drop (Hollow Kept Productions), Shattermask (Sarcophagus Records), Slow Intentional Damage (Turkey Vulture Records), and Fer De Lance (featured on this summer's PointFest) just to name a few. These bands have helped Scathe put their aggressive style of music in front of new exciting crowds, and Scathe have capitalized by earning the respect of the bands and their fans.

Here's what you say about
Scathe - Unsanctioned.