Eddie Blazonczyk - Under the Influence 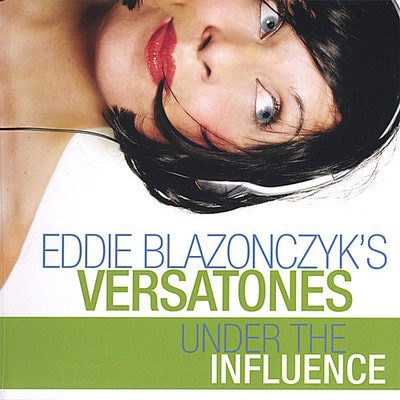 In 1963 Eddie Blazonczyk's Versatones recorded their first album titled 'Polka Parade' on the Bel-Aire record label. Over the past forty years and approximately 160 dates per year, this Grammy award-winning group is known for it's modern blend of polka originals, covers and standards that have pleased people in over 6000 appearances, touring the USA, Canada, France, Austria, Mexico, and Poland. They have recorded over 57 albums and received over 125 miscellaneous awards from the National Academy of Recording Arts and Sciences (NARAS), the International Polka Association, the United States Polka Association, the United Polka Boosters and the United Polka Association. Eddie Blazonczyk was born in Chicago in 1941, the son of immigrants from the rural Tatra Mountain region of southern Poland. His mother directed and sang in a Gorale (Mountaineer), music and dance ensemble in which he participated as a child. His father performed in a Gorale band on the cello. From a very young age, he was destined for a life in music. After a brief stay in Poland, Eddie returned to America where his parents operated the Pulaski Ballroom and the Mountaineer Tavern. Here, Eddie was exposed to some of the most influential polka musicians of the day. Artists such as Lil' Wally, Steve Adamczyk, Eddie Zima, Marion Lush and America's Polka King Frank Yankovic entertained here, on Chicago's Southwest side. As a youngster inspired by his heritage, Eddie played accordion and sang with his childhood friend Chet Kowalkowski at many picnic groves and ballrooms. As a teen, Eddie spent his High School years in northern Wisconsin and turned his sights to Rock N Roll music and went under the name of Eddie Bell. He recorded for the Mercury record label and toured with such stars as Buddy Holly, Gene Vincent and Brenda Lee, as well as numerous others. His highlights included the hit single 'Hi-Yo Silver' and a performance on the famed American Bandstand show with Dick Clark. Following High School, Eddie returned to Chicago and was reunited with his childhood friend Chet Kowalkowski. Chet convinced Eddie to join him in a local 'up and coming' group. He would sing and place bass for this group called the 'Versatones'. The Versatones career highlights include Eddie Blazonczyk Sr's National Heritage Fellowship induction, the country's most prestigious honor in the folk and traditional arts, presented by First Lady Hillary Rodham Clinton in 1998, Eddie Blazonczyk Sr's election into the I.P.A. Polka Music Hall of Fame in 1970 and in 1986 the Versatones received a Grammy for their 'Another Polka Celebration' album. They have also been nominated for a Grammy 16 times by the National Academy of Recording Arts and Science since the polka bracket first spun off from the folk category in 1985. In 1967, a Congressional Committee awarded the title 'The Nations #1 Polka Band' to Eddie Blazonczyk's Versatones and registered this title with the Library of Congress. The Versatones classic six piece format and multi-influential roots have developed from a mixture of past Rock & Roll experience, Country & Western, Cajun, and Tex-Mex music. But it's the progressive sound which the Versatones have achieved with their six pieces which has modernized polka music. This, obviously is a different sound from the post-war Chicago polka style of the 40's & 50's. The Versatones have expanded their following over the years, mostly because of it's own arduous efforts of booking their own shows, coordinating promotions and connecting with the mainstream music industry. They have fans clubs throughout the country and are the most sought after polka band in the music industry today. On some of their albums they have combined a country flavor with the traditional polka. As for the recent upswing of interest in the polka, the Versatones credit the willingness of artists to update the sound for standards and original pieces. The Versatones tremendous popularity attracts audiences ranging from 13 years to 80 and it's split between young and old. You don't have to be ethnically related to any of the 12 main styles which include Polish, German, Bavarian, Slovenian and Tex-Mex that are played in North America to appreciate the vibrant spirit of polka music and dance. In 1997, after playing and singing alongside his father the previous 8 years, Eddie Blazonczyk Jr. took over the operations of the Versatones. In 2002, Eddie Blazonczyk Sr. semi-retired from the band due to health reasons. The following year, Eddie Jr. and the Versatones received their 14th Grammy nomination for their recording 'My Father's Shoes'. Today Eddie Jr. and the Versatones proudly carry on a legacy started over 40 years ago on the South Side of Chicago, the evolution and advancement of polka music and their heritage. To see Eddie Blazonczyk's Versatones perform 'live', you will truly understand why they have been proclaimed the Nations #1 Polka Band!

Here's what you say about
Eddie Blazonczyk - Under the Influence.