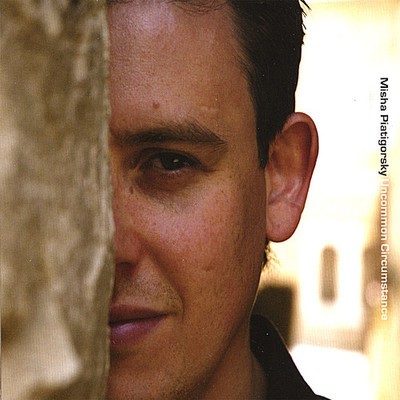 Pianist, Composer, and bandleader Misha Piatigorsky has exposed the canvas of jazz composition while being an innovator of his instrument. His new CD release Uncommon Circumstance is a vision of compositional brilliance. This trio is the culmination of his vision. The project is a synthesis of urban grooves with non-traditional jazz compositions which break down the boundaries between classical melodicism and popular rhythms. This trio, with bassist Hans Glawischnig and drummer Ari Hoenig, excites the mind and ignites the soul. Here is their first album - Uncommon Circumstance. 'Misha Piatigorsky is perhaps the most gifted of all the great pianists I've had accompany me over the years.' - Mark Murphy Misha Piatigorsky, winner of the 2004 BMI Thelonious Monk Composers Competition, is one of the most innovative pianists on the music scene today. His unique marriage of powerful melodies with intensely driving rhythms makes his sound a fresh voice that excites the heart and mind. Misha has produced many records both for himself and other musicians featuring his compositions and arrangements. He is the pianist and musical director for singing legend Mark Murphy, and can be found performing with him in New York clubs such as Birdland, Iridium, and Dizzy's Coca-Cola Club, as well as internationally. Misha's notable releases include the debut CD for Trio Del Sol, with guitarist Freddie Bryant and percussionist Gilad on Twinz Records, where the "piano and guitar create and exchange melodies like an intricate dance." ..Bill Milkowski Jazz Journalist Ass. Born in Moscow, Misha began his musical education at a very young age. After his immigration to the United States in 1981, Misha became an accomplished Jazz pianist, drummer, and composer. He earned his Bachelors Degree under pianist Kenny Barron, and his Masters Degree at Manhattan School of Music, having been awarded a full scholarship. Misha currently resides in New York with his wife and two children, where he is a sought-after producer and performer. He continues composing for films, small ensembles, and vocalists, and can be heard on the major motion picture soundtracks of Chaos Theory, Pretty Persuasion, RX, and Danika.

Here's what you say about
Misha Piatigorsky - Uncommon Circumstance.