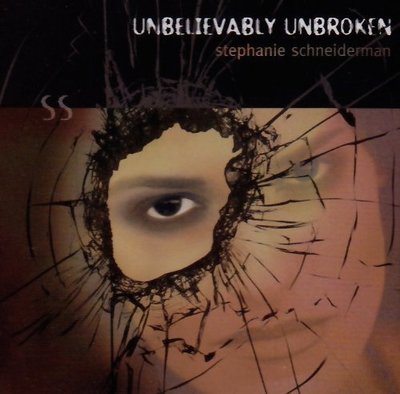 For the past 5 years Stephanie Schneiderman has been thrilling audiences throughout the western U.S. with her diverse songwriting style and enchanting voice. After a near sell-out CD release party at Portland's Aladdin Theatre and stellar hometown album reviews, she takes to the road in support of her 5h full-length release. Unbelievably Unbroken The breadth of Schneiderman's talent was made abundantly clear on UNBELIEVABLY UNBROKEN, her twelve-song fully orchestrated sophomore release. Various reviewers opined: 'A stunning work...'Unbelievably Unbroken' is unbelievably good,' 'The best CD I've reviewed this past year,' 'This is a great record, full of musicality and intelligence.' Producer Martin Feveyer (Screaming Trees, Presidents of the United States, Alejandro Escovedo) helped Schneiderman shape a varied and richly textured sonic landscape. Schneiderman's uncanny stylistic versatity at once completes the songs and secures the continuity of the album. From the sparse, country-twang of 'Anyway' to the multi-layered, sexy symphonic trance of 'Marmalade,' to the drunken, straight-ahead rock of 'Betty', to the dark, moody pop of 'Deep End' (co-written with Jeff Trott, Sheryl Crow's Grammy-winning songwriting partner), each song is imbued with a distinct emotional character. JAM Magazine wrote: 'There are people you run across in your life's journey whose stories, images, emotions and abilities trigger an unexpected and inexplicable influence. For many people, Stephanie Schneiderman and the music she produces, is just that.' More on Stephanie Stephanie Schneiderman is one of the Northwest's brightest rising stars. She has headlined many regional festivals, performed a spot on the 1999 Lilith Fair tour, and opened for national acts that include Chris Isaak, Aimie Mann, Shawn Mullins, Marc Cohen, Chicago, Hall and Oates, Andy Summers (of the Police), Dan Fogelberg, Vertical Horizon, Five for Fighting and more.

Here's what you say about
Stephanie Schneiderman - Unbelievably Unbroken.