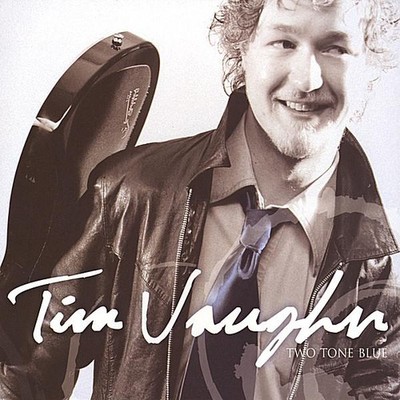 "They say there's something in the water there!" That's a common phrase you'll hear about the small Canadian prairie city of Saskatoon Sk. They're typically referring to a musical phenomenon! Saskatoon has nurtured an abundance of exciting young Blues, Roots, Rock, and Funk guitarists who more then hold their own with the best of them. Tim Vaughn is one such guitarist. An inventive songwriter and commanding performer, Tim is not afraid to push himself when it comes to showmanship. Exuding raw energy and polished musicianship he is beginning to turn heads. Drawing inspiration from artists such as Prince, Jimi Hendrix, The Police, Stevie Wonder, Shuggie Otis Bob Dylan and Blues legends such as Freddy King, BB King, T-Bone Walker, Willie Dixon and Howlin' Wolf Tim has created a soulful collection of original, music that often pays tribute to his heroes. Screaming guitar solos, funky compositions and soaring vocals are all key element to Tim's sound. With a unique expertise on a variety of styles and instruments, Tim is quickly becoming known as a "Renaissance Man", far beyond his years. Tim's sound has been shaped and influenced by musical mentors, peers and collaborators such as Big Dave McClean, Wide Mouth Mason, Jordan Cook, The Mocking Shadows and Stepchyle (formerly House of Payne). The list of individuals Tim has played on stage with or opened for is as diverse as his music--the legendary Bo Diddley, Los Lobos, Tom Cochrane, Devine Brown, Jacksoul, DJ Champion, Wide Mouth Mason, DB Clifford, Moses Mayes, Sekoya, Jack Semple, Amos Garret, Don Alder, the Pocket dwellers, Sweatshop Union, Swing Soniq' and the Downchild Blues Band. "Tim has a natural ability to perform! A fantastic songwriter and gifted performer! He proves himself every time."- Saskatoon Blues Society, March 2006 Tim's self-proclaimed sponge-like tendencies have led to a sonically diverse back catalogue of self-penned songs. They're unmistakably blues funk, but by no means are they prosaic. In amongst the horns and the solid bass lines there's country-style slide guitar and a punkish energy that makes his music anything but standard. Planet S Magazine, June 2008.

Here's what you say about
Tim Vaughn - Two Tone Blue.