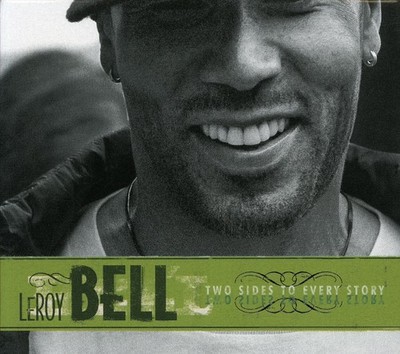 TWO SIDES TO EVERY STORY is the natural follow-up to Singer-songwriter Leroy Bell's acoustic-oriented SPENDING TIME EP which sold more than 12,000 copies due to national (100 stations) airplay, solid print reviews and Bell's tenacious touring schedule. Having recently opened for artists as diffuse as BB King, Al Green, Taj Mahal, Keb Mo, LeAnn Rimes, the Temptations, the O'Jays, Mavis Staples, Colin Hay, and more, Bell expanded his songwriting themes and performing skills in preparation for this recording. The album's 14 tracks reflect the artist's themes of love, humanity, social issues, and individualism in a time of political and social flux. Bell's knack for artful songwriting has an interesting history. As the youthful songwriting team Bell & James, who recorded for A&M Records and attained Billboard top ten status with their dance hit, "Livin'' It Up Friday Night", Casey James and Bell are the authors of Elton John's Grammy-nominated 1979 Top Ten hit, "Mama Can't Buy You Love," and John's 2004 number one UK single "Are You Ready for Love." Bell's songwriting eventually became his main focus over performing allowing him to collaborate with legendary songwriter/producer Thom Bell (his uncle) penning songs for the Spinners, the OJays, Rita Marley, the Temptations, Johnny Mathis, Phyllis Hyman and others.

Here's what you say about
Leroy Bell - Two Sides to Every Story.