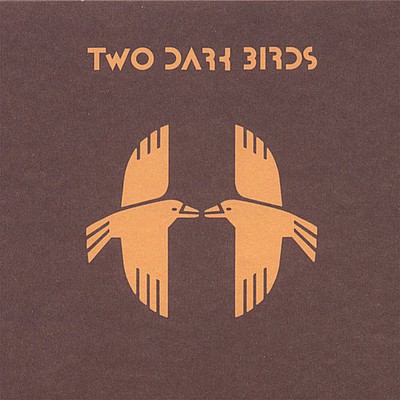 'It's a record heard best with a beer in hand beneath a star-punched sky. Somewhere, Robbie Robertson must be proud.' Nylon '. . . one of this year's most subdued and moving releases.' Big Takeover 'Soulful, smooth and buttery. . . an understated beauty that holds up well to repeated listens.' Reveille 'Cut by cut, it's mix tape silver and gold, and taken as a whole it's a new friend ready to wrap your ears in good thing.' Jambase 'Two Dark Birds borrows from the dark side of the Laurel Canyon sound and gets better with each listen. A genuine late night vibe hovers over this album. Lonesome harmonica, watery electric pianos, weeping pedal steel guitar and introspective lyrics set the table.' Scene 'Subtlety and realism reign supreme in Two Dark Birds' timeless narratives of real life.' Exclaim When pushed to define TWO DARK BIRDS, Steve Koester's latest band, Koester calls it 'American' or 'Soul.' American Soul. With traces of Neil Young's On the Beach and the Band's Music from Big Pink, and echoes of Dylan, Bill Withers, and the Meat Puppets, that label certainly seems to fit. TWO DARK BIRDS is firmly rooted in the past, without seeming retro-both timeless and right on time. Koester has been making critically acclaimed indie-rock for years, with the post-punk outfit Punchdrunk, the quieter art-rock of his solo work, his 'canyon rock' band Maplewood, and now TWO DARK BIRDS. Throughout Koester's career, the bittersweet twang and plaintive melodies of American music played a continual, scratchy loop in his ear. There came a time when he asked himself - what kind of music did he REALLY want to make? "I'd already spent over a decade making music pursuing the outer-peripheries of my tastes; why not zero in and buy American?" Koester said. The sound of TWO DARK BIRDS emerged during a late night conversation between Koester and TWO DARK BIRDS drummer Jason Mills. "We just started talking about how groovy country music can be," said Koester, "and that lead to a discussion of how reggae and country came from the same sources, and how American music is just one big mish-mash, and how we'd like to play a kind of American music that doesn't cut itself off from the other kinds." Itching to lay down some tracks that tapped into this aesthetic, Koester (vocals, guitars) assembled a group of musicians, including Don Piper (lap steel, backup vocals), Matt Durant (keys), and Jason Mills (drums). The band spent the better part of a sweltering summer in Piper's Brooklyn studio recording the album with mostly live takes. "We wanted to achieve that organic feel: real people playing real time. No drum machines, no overdubs, live vocals. Totally off the grid. The actual push & pull of five dudes in a room, staring at each other, listening to each other, navigating the notes in real time, with all the fluctuations, bumps & bruises this entails - these are human things & we are trying to make human music." During the recording session, some of Koester's friends lent a hand: Charles Bissell from the Wrens, Joe Pisapia from Guster, and Maplewood bandmate Craig Schoen all picked strings & sang backups. Childhood friend and former bandmate Galen Polivka, currently of the Hold Steady, co-wrote 'Ash & Sadness." And those dramatic strings are courtesy of Joe Bennett of Goldrush. The result of these collaborations is an ambitious album with songs about love, songs about drinking, and songs about the love of drinking. The tunes are beautiful and moving, sometimes melancholic and gruff, sometimes biting or sarcastic, always uneasy, intelligent, full of yearning, and stripped of pretense. Koester's voice lays bare his anthems for the downhearted, the downtrodden, or the just plain drunk. But interspersed are hopeful, joyful songs-new terrain-where his voice rises bold, brash, strong and soulful, propped by exquisite harmonies ('Call It Love', 'Great Plains'). Lap steel and bright keys raise their voices too. And the guitar solos (the guitar solos!) sound like they're beamed straight from his solar plexus ('Cut Down to Size', 'Pernod Blues'). There are moments of full-out rock ("Blown") as well as stillness & beauty ('Ash & Sadness'). Koester says that his songs always start with the lyrics and grow out from that. "A lot of these songs come from a dark place that I was at a few years back, but are hopefully reaching towards a light." TWO DARK BIRDS captures the beauty of this juxtaposition, the melodies and lyrics evoking the delicate balance between life's reckless highs and desperate lows. Bio from 230 Publicity.