Cathy Carfagna - Turn Your Face to the Sun 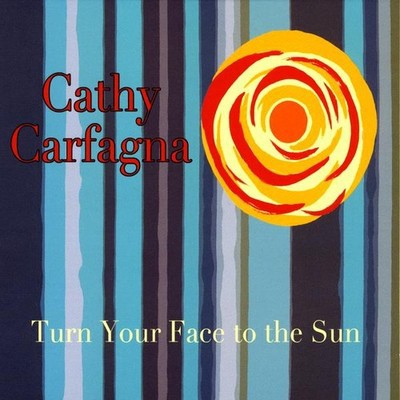 Buffalo, NY native Cathy Carfagna covers a lot of ground. Perhaps best known as a keyboardist and vocalist for the Outlyers and the Vores -and former member of the Jazzabels - Cathy has released a solo CD : "Turn Your Face to the Sun." Featuring joyous harmonies and well-crafted arrangements, "Turn Your Face to the Sun" is firmly grounded in American roots music and 60s pop sensibilities. The release includes 11 self-penned compositions, along with covers of songs by Bob Kozak (the Jumpers) and Buck Quigley (the Steam Donkeys). Cathy plays piano, organ, and various guitar parts (slide, electric, acoustic), while some of Buffalo's finest musicians also lend a hand. Her clear, melodic vocals have earned comparisons to Neko Case and Alison Krauss. Cathy has a background classical piano, but her musical interests are virtually limitless. She discovered the Beatles at the age of 13 (thanks to a TV showing of "Help!"on the movie for a Sunday afternoon) and quickly turned her ear toward 60s British rock, American folk, and blues. During the 1990s, Cathy played at North American coffeehouses and clubs as one half of the folk-pop duo the Jazzabels (along with Kilissa McGoldrick Cissoko), with jaunts in Mexico and Italy along with way. The duo released two CDs (Café All Day and Skyway). She's also played accordion in a Cajun-Zydeco band, keyboards in a Frank Zappa tribute band, and once wrote a song called 'I Wish That I Could Sing Like Johnny Cash.' 'Turn Your Face to the Sun' was engineered by Jim Calabrese (Soundscape Studios) and Dave Meinzer. It was mastered by Armand John Petri, whose engineering and production credits also include releases by the 10,000 Maniacs, the Goo Goo Dolls, and Sixpence None the Richer. Fast Facts: Last Name Rhymes With: lasagna Early inspiration: Veronica from the Archies Favorite Beatles album: Revolver Married To: Buffalo musician and bandmate Dave Meinzer.

Here's what you say about
Cathy Carfagna - Turn Your Face to the Sun.