Kurt Thomas - Turn Up the Radio 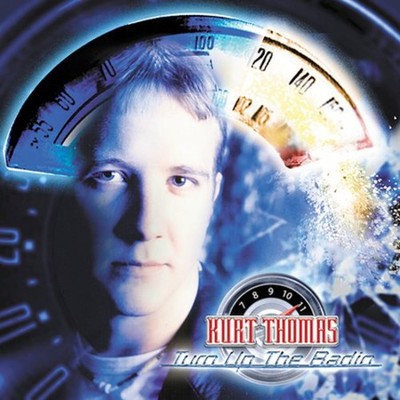 Country Music Singer/Songwriter Kurt Thomas was a typical, average teenage guy who was a good student and always liked music. He looked forward to graduation and living the American dream in the small Georgia town he had called home since he was born. That was until a local musician sang a song titled 'Small Town' at Kurt's graduation. The performance of just a man and his guitar moved Kurt, giving him a new direction in life. With this new sense of purpose, he started learning to play the guitar as well as sing and play harmonica. Most importantly, he started learning to craft songs that spoke to people and touched them. His favorite music soon became his greatest influence as he poured over the music and lyrical styling of such performers as Billy Joel, Van Morrison, Jim Croce, James Taylor and Elvis. Kurt always had a great platform for writing songs that would connect with people: 'My writing comes from many different places and sources. Growing up in a small town, the hometown values of family, of love and relationships play an integral role in how I construct a song' As his individual songwriting style started taking shape, he started to perform in public with a local band. Ironically, his first public performance was opening for the local musician that had made the life-changing impression on him. Since then, the North Georgia native has been performing in clubs, coffee houses and in private concerts. It was at one of those performances that Lee Davis, producer and owner of the Atlanta based label, Rogue Records, saw Kurt and was impressed by the effect Kurt had on his audience. He immediately approached Kurt about recording in his studio. The producer had this to say about his new artist: 'Kurt's songwriting ability is one of the most amazing talents I have seen in my many years in the music business...' Their collaboration culminated with the release of Kurt's first album, 'Enjoy the Ride' followed up by the highly energetic 'Turn Up The Radio' in 2004, distributed nationwide by Compendia Music/Koch, Inc. Whether he graces the stage with a full band or one on one accompanied only by his guitar, Kurt's songwriting talents continue to captivate audiences. It is only the beginning, too. His growing popularity is largely due to his unique voice, compelling style and the originality of the music he writes. Staying true to his nature, he is having fun, pleasing audiences and enjoying the ride. Lately Kurt has been very busy, performing 4-5 times a week as well as winning a couple of notable contests. He won the Kenny Chesney,'NEXT BIG STAR' competition for the state of Georgia, as well as the CMT'MUSIC CITY MADNESS' contest which lead to a slot on 'STUDIO 330' to be taped in January and aired on CMT. Look out for a breakout year in 2009.

Here's what you say about
Kurt Thomas - Turn Up the Radio.