Brooke Ramel - Turn It Around 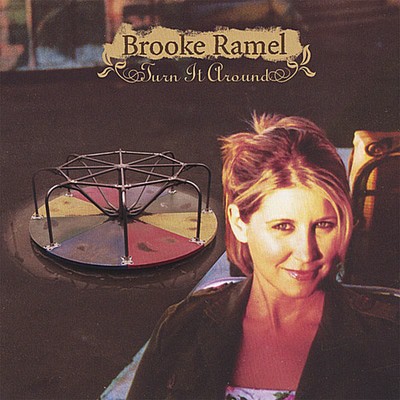 For "Turn It Around", Brooke worked with a young, talented producer named Busbee. The result - an acoustic-rock CD with strong songwriting and great production. "Turn It Around" has more rock influences than her previous recordings - not unlike Sheryl Crow or Stevie Nicks - but it still has Brooke's positive outlook on life. "Turn It Around" is already getting attention on film and television, with the songs "A Long Way" featured on "Beautiful People", and "Let It Out" featured in the motion picture "Bonneville". Brooke is very proud of her latest studio CD, and thinks you will love it. About Brooke Ramel: Brooke was born in Raytown, Missouri. By her seventh birthday, she started playing the guitar and by the time she was 8 years old, she was playing gigs at local churches, fairs, pizza parlors, and the state prison. By age 9 she had made her first television appearance on a local talent show and had done a one-hour live radio show. Brooke attended Stanford University and also studied in Paris. After graduating, she moved to Los Angeles to pursue her passion for music. In 1996, Brooke recorded 'Movie Star' and put together her first band, playing at LA clubs such as The Troubadour, Genghis Cohen, and others. In 1998 Brooke released her second CD, 'Tulips Bleed'. Songs from 'Tulips Bleed' have been featured on the television shows 'Ed', 'Charmed', and 'Dawson's Creek', and in the film "Stealing Harvard". Brooke's third album, 'Make Tomorrow Up', was released in the summer of 2000. Brooke appeared on the television show '7th Heaven', singing the title track, and songs from 'Make Tomorrow Up' have been featured on 'The Chris Isaak Show' and 'Drawn Together'. Brooke released her fourth CD of original music, 'Be', at the beginning of 2002. Her song 'Someday' was heard in the motion picture White Oleander, starring Michelle Pfeiffer and Renee Zellweger, as well as the television shows 'Three Wishes' and 'Gilmore Girls'. The album 'Be' and two of it's songs -- 'Someday' and 'Only' -- were nominated for music awards. In 2003 HBO's hit series 'Six Feet Under' featured her song 'As For Me' from her first CD, 'Movie Star'. The following year she released another CD of original music, 'Turn It Around'. In 2005 Brooke recorded background vocals for Ziggy Marley's latest CD release, 'Love is My Religion'. Brooke is currently featured in the eighth episode of the PBS series 'Branson Jubilee', and she is participating in NBC's new music competition 'Star Tomorrow', and her song 'Let It Out' will be featured in the motion picture 'Bonneville', starring Jessica Lange. Brooke has performed with many well-respected artists, including many of her own influences, such as Vonda Shepard, Shawn Colvin, Marc Cohn, Deana Carter, David Wilcox, Christopher Cross, A Flock of Seagulls, Warren Zevon, Kevin Bacon and the Bacon Brothers, Raul Malo, John Corbett, Sophie B. Hawkins, Starship, Sally Taylor, Jude, Taylor Dayne, David Gates, Grant Lee Phillips, Willie Porter, Jonathan Brooke, and The Nelsons. Brooke continues to play with her band in the Los Angeles area. In fact, she does over 200 gigs a year and has now sold over 40,000 CDs on her own as an independent artist.

Here's what you say about
Brooke Ramel - Turn It Around.