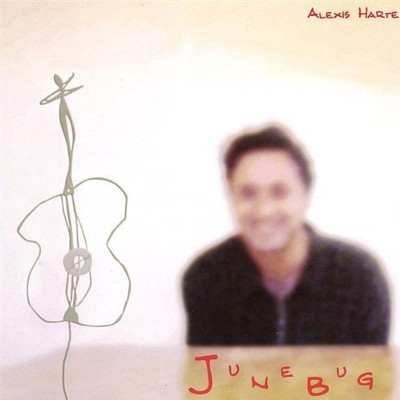 'Wiggle Room' featured in feature film 'Careless' starring Colin Hanks/Tony Shalhoub 7/07 'Red Balloon' featured on ABC's What About Brian 3/19/07 'Wiggle Room' featured on Fox's The Loop 'Albany Hill' and 'Yellow Shoes' featured on PBS NOW with David Brancaccio High Energy Acoustic Roots Like flora and fauna possessing an abandoned building, Alexis Harte's songs will crawl in to take root in a seemingly idle moment of your busy life. Insofar as one could technically call the Brooklyn Bridge 'cement/steel-based,' or your best friend 'carbon-based,' the 13 songs that compose Harte's new album, Tumbling, have folk, pop, and Americana at their core. But after two or three songs, the description becomes inadequate. More simply, this is a treasure trove of well-crafted gems, brought to life by Harte's alluring vocals and masterful guitar playing. Imagine Tom Waits, Peter Gabriel, Elliot Smith, and Cat Stevens taking a road trip together in big Buick; the results might sound a bit like Tumbling. Tumbling builds on the strong grassroots support Harte earned through his previous studio release, Sunlight Loping, which was chosen by San Francisco's KFOG radio as 'up-and-coming world-class rock' and was an Acoustic Guitar Magazine Editor's Top Choice. The Alexis Harte Band has enchanted audiences through NPR's All Songs Considered; PBS's Bill Moyers Now; on the WB, UPN, and Nickelodeon Networks; at folk festivals; and in the top clubs of Harte's native Bay Area (including Slim's and the Fillmore, where they opened for legendary bluesman Taj Mahal). The largely self-produced record spans three years, three studios, and over a dozen musicians, including Bay Area luminaries Julie Wolf (Ani DiFranco, Bruce Cockburn), Jon Evans (Tori Amos), and Scott Amendola (Charlie Hunter, Madeleine Peyroux). Sparsely complementing the Alexis Harte trio, which includes bass by Randy Weaver and drums by Aaron Brinkerhoff, are a cast of characters ranging from B3 organ, clarinet, violin, and piano to balafon and percussion, combined in compelling, yet spare arrangements. As with previous releases, Harte continues to make unpredictable choices in his songwriting. Tumbling is perfectly skewed, just out of control to keep things interesting, but hook-laden enough to become instantly memorable. Lyrically, Tumbling exists in the space between the nine-to-fiver's polished leather shoes and the forgotten soil lying inches beneath the financial district sidewalk. A rooster crowing at 3 a.m. in the heart of San Francisco; a red balloon floating into a gray city; wolves on Shattuck Avenue that fade and disappear when we turn around. These whimsical city scenes whisper to the listener from the back-alley of imagination, and recall a sense of possibility in a world grown overly familiar. Pursuing freedom and wonder over routine and drudgery is common subject matter among singer-songwriters: yet what sets Harte apart is the realization that the pursuit is neither easy nor simple. The tension between the possibility and the improbability of self-actualization steers the record clear of worn territory. Ten seconds into the first track, we hear a canary wailing outside her cage and a dog howling to be let in after a three-day furlough with the neighborhood strays. 'It's scary as hell when you find yourself free,' Harte growls from within the well-spaced bars of bluesy opener 'Canary.' Nature surviving under the veneer of our man-made landscape is a theme in all of Harte's music, bolstered by his professional training as an ecologist and his day job helping San Francisco plant and care for 100,000 street trees. With Tumbling, Harte's music also takes a decided turn to the political. 'Young Arrow,' a Neil Young-esque rocker, explores how political dynasties uphold and magnify their violent reigns with each new generation. Interspersed with sound clips of cringe-worthy speeches, 'President' is a more direct skewering of our current leader. Luring us in with a laid-back, groovy island feel, 'The Fisherman and the MBA' explores the dynamics between developing nations and the West. Harte intersperses this headier stuff with the more personal 'End of the Day,' a lullaby reassuring his scared day-old daughter that a setting sun is a natural recurring event. 'Slow' is a lilting finger-style love song reminiscent of Nick Drake or Richard Thompson. After three years of local gigs, and touring both regionally and nationally (while helping to raise his baby daughter and holding a day job), Harte emerges with a new, intimate collection of songs that work their way first into your ears, then your thoughts, then your dreams-like dandelions in a sidewalk crack.

Here's what you say about
Alexis Harte - Tumbling.