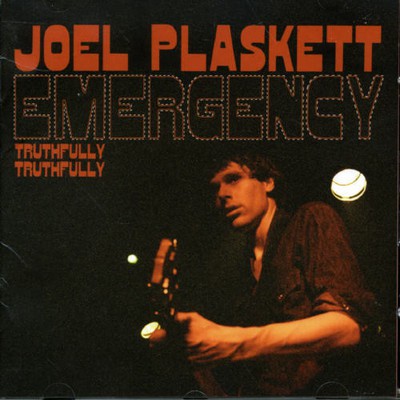 With a nomination as "Songwriter of the Year" at the 2006 Juno Awards (along with the likes of Neil Young, Ron Sexsmith, Kathleen Edwards and The Arcade Fire), it's pretty safe to say that Canada knows a fair amount about Joel Plaskett. If you're not Canadian, it might be instructive to have a little background information - so here it is... EARLY DAYS Born in Berwick, Nova Scotia, Joel has been playing in bands of one sort or another since adolescence. While still in high school, now in Halifax, Joel - with friends Ian McGettigan, Rob Benvie and Cliff Gibb - formed Thrush Hermit, a band that would become synonymous with the youthful scene that followed in the footsteps of Sloan and the SubPop signings from the region: Eric's Trip, Hardship Post and jale. The band started recording as young teens and released their first record - Smart Bomb - on Sloan's Murderecords label. Extensive touring and teenage exuberance eventually found them signed to U.S. major Electra Records but an A&R shift in the company ended that after one album. Their independent follow up, Clayton Park, was the most played record at Canadian college radio in 1999. And then The Hermit split... RECENT PAST Plaskett quickly moved on to a "solo" career and the release of his first post Hermit project, In Need of Medical Attention, immediately established him as a force on the Canadian indie landscape. A decidedly lo-fi effort, In Need Of Medical Attention nonetheless garnered rave reviews here and internationally. At this point Joel decided to put a band together and that band - Joel Plaskett Emergency - was responsible for the next release, Down AtThe Khyber in 2001. Khyber amped up the stakes and the band toured relentlessly in Canada with a couple of forays into the UK, getting great reviews along the way. Considered a classic album in Canada, it also garnered Joel a Juno nomination for Best New Artist. Plaskett signed to major Canadian independent label MapleMusic Recordings in early 2003. The first release for the label, Truthfully Truthfully, was a full-on rock album and further established the band as one of Canada's best live acts. The following year saw them in the country's largest venues, opening for fans The Tragically Hip. Truthfully Truthfully was also nominated for a Juno award in the Best Alternative Album category. 2005 started with Joel deciding to take a working vacation in Arizona on a break from the band's hectic schedule. He came home with a solo album called La De Da. Initially thought of as a watershed project, the album proved to be a hit with fans and critics alike. The resulting solo tour of Canada was a virtual sell-out, including three shows at Toronto's premiere singer/songwriter's venue, Hugh's Room and a triumphant tour-ending concert at The Rebecca Cohn auditorium in Halifax for 1000 rabid hometown fans. He also managed to tour in the US and the UK both solo and with the band. NOW The new year is already shaping up to be the busiest in Joel's career. Accolades for La De Da have translated into East Coast Music Award nominations and another Juno nomination for Songwriter of the Year. He is slated to hit the road solo as opening act for both Sarah Harmer and Kathleen Edwards in America. He'll also finally find his way to Australia (a destination that's always been on his wish list) to support the release of La De Da there. On returning from Oz, the band will go about the business of touring Canada in support of Make a Little Noise, the amazing new DVD that includes band and solo performances, along with Joel's complete video library and plenty of other bells and whistles, not the least of which is an EP with three brand-spanking-new Emergency tunes produced by Gordie Johnson and featuring - among others - Ian McLagan of Faces fame on keyboards. OTHER PERTINENT INFORMATION As a performer, he can hold his own with the best of them, whether it's alone with an acoustic guitar or with the support of his excellent Emergency band and that's not always a common talent. It's a lucky thing too, because he's equally fond of both styles. He's never made the same record twice and probably never will. Although he's already got a body of work that's two or three times the size of artists twice his age, he shows no signs of slowing down. As a talent, there's no question how far he can go. As a guy, a human being, he's as charming and unaffected as you'd hope he'd be and maybe that's what defines him as Canadian, the unusual combination of those two simple facts. You'll be pleased to meet him.

Here's what you say about
Joel Plaskett - Truthfully Truthfully.