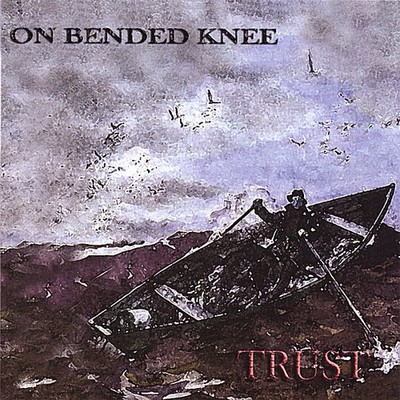 About 'Trust': OBK's second effort finds the band reaching for the next level in thier Spiritual/musical quest. Described as '...one of the most versatile bands around...' and the CD 'Trust' as '...having many, many flavors...', this second installment of the OBK collection will have you rocking out with 'When I Fall', and chillin' to 'It's Only Love'. Buy Trust today and enjoy it tomorrow and the next! About the band: On Bended Knee was formed in 1995 by several members of the worship team at "The Church on Brady" in East Los Angeles. Their unique blend of Rock-infused, crowd-pleasing musical grooves and soaring vocal harmonies made them a standout on the local music scene. They immediately started performing at various secular venues, as well as church youth events up and down the California coast. These venues include: the Whisky A Go Go, the Knitting Factory in Hollywood, The Gig (on Melrose), Universal Citywalk,The Block at Orange, BB King's Blues Club, Cuernavaca in Old Towne Pasadena, Smart City Grinds Coffee House in Azusa, Golden Gate Seminary in San Francisco, Azusa Pacific University, major youth camps in Arrowhead Springs, Calvary Chapel Café in Downey, Angel City Cafe, countless city carnivals, The Lab (Santa Monica) Public Municipal events such as the Alhambra Springfest, the City of Duarte Summer Concert Series, and many, many others. On Bended Knee has previously produced successful CDs, 1996's "Through The Fire" and 2003's "Trust". While membership has changed over the years, Phil Lugo and Ron Ruiz have remained in the band from the beginning as the two creative forces. Former members include: Gary Wilson, Frank Loaiza, Manny Castro, Gil Oyola, Enrique Vazquez and Chris Wills. Guitarist Chip Williams and bassist Bobby H.Q. Storm joined forces with the group in 2004 -2005 and have made a huge contribution in shaping the band's ever evolving sound. In December 2004, while enjoying a concert given by Christian music icon, Bryan Duncan, at Calvary Chapel Pasadena, the band was blessed with an opportunity to meet, and even have coffee, with Bryan after the show. This event led to Bryan attending an OBK performance in Hollywood at the world famous Knitting Factory. Bryan again blessed the band by introducing them to his musical director/bassist Ricky B. Rogers. Ricky took on the role as producer for OBK. He then invited the band to fly down to Nashville, TN. and record their third CD. Co-producer and Grammy Award winner Randy Thomas, formerly of Sweet Comfort Band, Allies, and Shania Twain fame, mixed / recorded and put the finishing touches on their current effort "Feels Like Sunday", released on April 23rd 2006 and available now.

Here's what you say about
On Bended Knee - Trust.