Michael Merenda - Trapped in the Valley 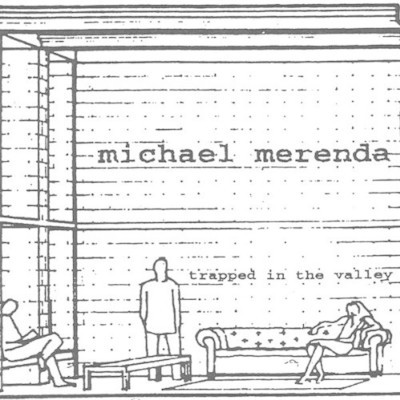 M i c h a e l M e r e n d a T R A P P E D I N T H E V A L L E Y H u m b l e A b o d e M u's i c 0 0 1 Humble Abode Music & Michael Merenda's proud debut release, TRAPPED IN THE VALLEY, features thirteen of Merenda's top songs from 1996 to 2000. Produced and engineered by Jose Ayerve (Spouse) in several New England living rooms, the disc fills an important void in original American songwriting delivering bold lyrics, tight arrangements and inventive production considerably outside the perimeter of what today's mainstream 'alternative' artists are offering. 'Perfect alterna-pop anthems that the mainstream would kill for,' hails Skyskraper magazine of the 26 year old's early work. Stand out appearances from Merenda's happening cohorts Ruth Ungar (The Mammals), Jose Ayerve (Spouse), Nashville mandolin ace, Carter Litttle, Ken Maiuri (School For the Dead) and Michael's brother, Chris Merenda (Chewy), make TRAPPED IN THE VALLEY a monumental collaboration of young minds. Critics have likened the CD to the early releases of Tom Waits, Sebadoh and Ani Difranco for it's stunning originality and decidely lo-fi craftsmanship. Meanwhile, scores of enthusiastic young fans have supported the release by commonly re-ordering several copies at a time to distribute to their like minded peers around the continent. The disc's rough-hewn, home recorded production is a testament to the freedom and creativity that is born of stepping outside the confines of professional recording studios and stoggy record label agendas. In it's third year since it's limited 2001 release TRAPPED IN THE VALLEY continues to solicit enthusiastic resonses from both folk and rock audiences with open ears for truly original underground music. Reviews: 'Despite this vaguely apocalyptic air about Trapped in the Valley, there is also a smart-assed optimism. [Merenda's] voice delivers his verse effortlessly from relaxed to rapid fire. And, man, can he write!' - Foster's Daily Democrat 'Speaking to his peers without talking down to them, Michael's lyrics are bareknuckled attacks on hypocrisy that charm their way into your mind, re-surfacing when you least expect them. ' -Tao Rodriguez-Seeger '. . . perfect alterna-pop anthems that the mainstream would kill for.' - Skyscraper Magazine.

Here's what you say about
Michael Merenda - Trapped in the Valley.