Blind with Rain - Transmission of Data in the Static 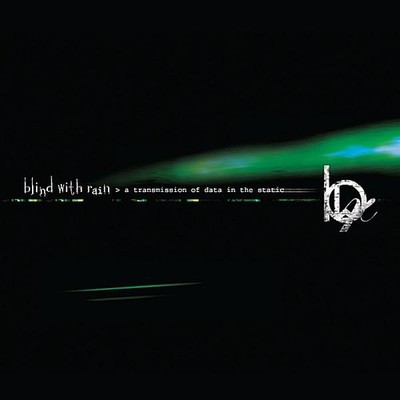 Blind with Rain marks the final evolution of Aaron Geis\' musical vision. The debut E.P. titled, \'The Chemical Window,\' completed in September 2005, cemented his art with a new and experimental sound that is immediately both tender and severe. It's long-awaited, 2008 follow-up, A Transmission of Data in the Static, assaults new ground in the Industrial Rock and Electro-Industrial genres. The stirring new album explores the infinite stagnance of timeless static across twelve all-new tracks. This collection, three-years in the making, has been described as \'dreams of ghosts traveling along an immersive post-industrial, digital landscape.\' Lyrical themes of desperation, loss, and finding one\'s place while feeling trapped in this digitized world are rampant, luring the listener into an introspective otherworld that threatens to fade from existence at any moment. \'...the music here is nothing short of excellent, with clever beat programming (not in the pain-in-the-ass virtuoso sense of the word), great use of reversed vocal samples (see, even the oldest recipes can bring good results when you\'re talented), and there\'s a level of melody-crafting I hadn\'t heard in ages.\' - Industrial Nation magazine regarding a 2004 demo With a name inspired by Dante Gabriel Rossetti\'s nineteenth-century poem, \'The Portrait,\' Blind with Rain carries it's origins well with the careful marriage of classic, industrial themes and pulsating instrumental pieces with an enormously broad selection of experimental layers and vicious hooks. The sound is at once distantly familiar and distinctly unique with shattering vocal tracks that pierce the subconscious and demand it's submission. The Blind with Rain project follows the limited release of 2001\'s Early Morning, a collection of instrumental works dating from 1998. That year also saw a third collaboration between Geis and Chris Bentley for The Summon Room, a spoken word effort featuring pieces from several underground artists as well as a performance by Jarboe. Geis and Bentley had worked together previously in Children of Catharsis, and later across different incarnations of Detroit\'s Plastik Acid through 1997. Aaron Geis is an Ohio native who resides in Baltimore. Blind with Rain\'s studio efforts, \'The Chemical Window\' E.P. and A Transmission of Data in the Static, were mastered by Tom Baker and released in September 2005 and 2008.

Here's what you say about
Blind with Rain - Transmission of Data in the Static.