Coty Hogue - To the West 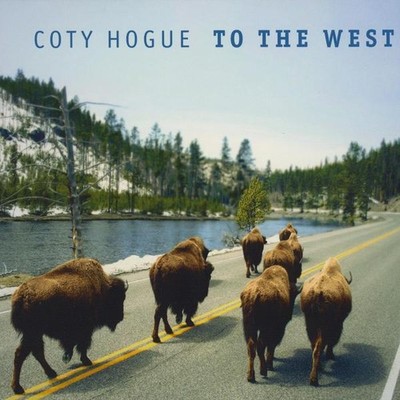 Coty is the Bellingham folk community's best-kept secret. Without exaggerating, she is the Emmylou Harris of a new generation...' - Jenn Hartman, KUGS Program Director 2006-2008 and Ladyfest Bellingham Organizer Coty Hogue's got something different in her. Maybe it's from growing up in a Montana town several orders of magnitude below "small;" maybe it comes from immersing herself in a folk music tradition that extends back for centuries. Whatever it is, you'd be hard-pressed to put your finger on it. But when Coty picks up her banjo and let's her voice out, there it is. You'd think she's a pretty young gal, but her voice gives her away when she sings those fine old Appalachian songs. That voice, pitched low and steady, keeps raising chills. Then she'll apologize for playing too many sad songs in a row and launch into a fast-picking barnburner. Frequently accompanied by Aaron Guest (12-string guitar) and Kat Bula (fiddle), Coty's song selection runs the gamut of American roots music- a little blues, a pinch of swing, a spoonful of classic Opry. Coty grew up with horses and big sky in Philipsburg, Montana- population just over 900. She left in the early half of the decade for an education in Bellingham, Washington. That sweet, subdued little city- long known for it's thriving roots music community- became home. Over the next few years, Coty played all over town, traded songs with anyone she could find, and learned how to play any stringed instrument she could get her hands on. In 2009, Coty packed up her bags and headed east to Boone, North Carolina, where she is currently pursuing a Masters in Appalachian Studies. Along the way, she recorded an album, Going to the West, with frequent collaborator Aaron Guest; toured the West Coast; and performed at the 2010 Folk Alliance Conference, the Subdued Stringband Jamboree, and Seattle's historic Folklife Festival. If you get the chance to see Coty Hogue, don't miss it. It's a rare sort of performer who will keep you transfixed through several full sets of music. She'll burnish out-of-the-way gems and set them on fire again with her skilled interpretation. She'll sneak in tunes of her own composing that you'll swear you've heard before. She's got the simple elegance and understated mastery of her craft that distinguishes much more established players, and it is this- a young voice flavored with the tannins of an old soul- that quietly sets her apart. ~ Bio by Jennifer Hartman ABOUT TO THE WEST To the West is not only a collection of songs I love to sing, but also a reflection of my experience growing up in rural western Montana and my journey even farther west to Bellingham, Washington. During my time here in the Northwest, I have been fortunate to live in a very supportive community, and with that support I have grown significantly both personally and musically. Each of the songs and all the people who have contributed to this album represent that venture.' In addition to Coty, these accomplished Northwest musicians lent their talents to the project: Aaron Guest (20 String Band) Nova Karina Devonie (Jo Miller and her Burly Roughnecks, Miles and Karina, Ranch Romance) Laurel Bliss (Cliff and Laurel, Southfork Bluegrass Band) Janet Peterson (Motherlode) Jon Parry Emily Stebbins and my grandpa, George Williams!

Here's what you say about
Coty Hogue - To the West.