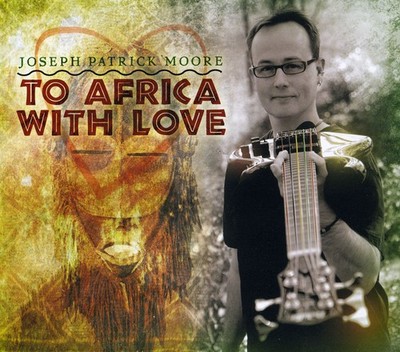 Currently bassist/producer Joseph Patrick Moore's journey continues in the pursuit of the sounds, colors, and rhythms of music. His latest CD release, 'To Africa With Love' is a collection of songs inspired by the magical enchantment of Africa, fused with his many musical influences and American heritage. What makes his newest release even more special is that Joseph not only performed on the recording, he was involved in every aspect of the creative process. Composing, arranging, engineering, mixing and the overall production of this audio diary reflects JPM's present musical and spiritual state. With eleven original songs and two cover songs (Horace Silver & The Meters), Joseph is joined with an ensemble of three remarkable musicians from the Atlanta, GA area: Tyrone Jackson (keys), Wayne Viar (drums/percussion) and Brian Carl (guitar). Additional guest artists include Charlie Wood (Fire On The Bayou), Seth Condrey (To Africa With Love), Chinua Hawk (Eyerusalem) and Abbes Bouzefrane (What Could Have Been). In addition to this beautiful new audio CD release, Blue Canoe Records will also be releasing a DVD Documentary on the making of 'To Africa With Love'. This unique movie shows a behind-the-scenes look from the beginning of the album recording sessions at Joseph's personal recording studio in the hills of Northern Georgia through the completion of the mastering process in Nasvhille, TN (June 2008 - February 2010). Along the way, Joseph shares his personal philosophy and gives a rare glimpse into the creative process of composing, arranging, performing, recording, engineering, mixing and overall music production.

Here's what you say about
Joseph Patrick Moore - To Africa with Love.