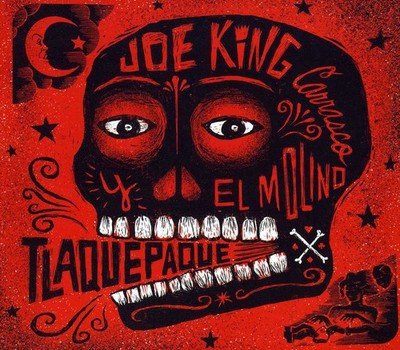 Joe King Carrasco played with Ernie Durawa (drums- Delbert McClinton, Monstas, Texas Tornadoes), Speedy Sparks (bass - Eve and the Exiles, Texas Mavericks, Texas Tornados) and Augie Meyers (vox organ & piano - Bob Dylan, Sir Douglas Quintet, Freddy Fender, Texas Tornados) in the mid-1970s in a band known as Joe King Carrasco y El Molino. After the band broke up in 1979, the band members went on to play with various other bands including but not limited to the ones listed above. Joe went on to play with Joe King Carrasco and the Crowns who were known for "party music heard around the globe" with their hits "Party Weekend" and "Buena". He has continued to write, play music and record his whole life and has put out over 20 LPs. In the summer of 2012, these musicians decided to get back together and record a song or two. But they couldn't stop and ended up recording 25 songs, all written by Joe King Carrasco. Joe's songwriting only gets better which is apparent on this recording with mostly new songs exhibiting diverse musical styles including Garage Rock, San Antonio Rumba Blues, Polka, Vamp Rock, Tex-Mex, Cha-cha, and more. During the recording, many amazing musician friends stopped in to add tracks including Jesse Dayton, Joe Morales, Aaron Lack, Chuggy Hernandez, Jimmy Shortell, Marcello Gauna, John X Reed, Gil Herman, Lisa York and Clay Connell. This CD was recorded at Roadhouse Rags in Austin, Texas with engineer Clay Connell. Mastering was done by the incredible Jerry Tubb at Terra Nova Digital Audio, Inc in Austin, Texas.

Here's what you say about
Joe "King" Carrasco - Tlaquepaque.