Tree - Tip of the Iceberg 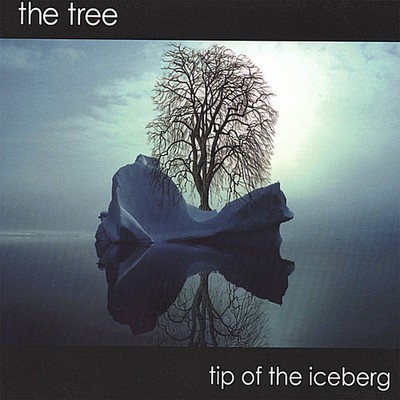 The Tree was formed in 1999 to perform at the Museum of Contemporary Art in Chicago, for their 'the Art of Film in the 20th Century' exhibit. This formation was the latest incarnation of what was known as: 'andrew & the Tree'. The MCA performance also featured a backround film, or metaphor collage, titled 'Indelible Ink's Out of Stock'. In y2K, the Tree re-emerged for a show at the Hideout in Chicago, to support the release of Andrew Robb's solo release: 'Burning Bush'. This lineup included keyboardist extraordinaire & composer, Jeff Kowalkowski, who also appears on the new release. Although 'Burning Bush' received critical acclaim and limited airplay, there was little follow up in terms of the band playing and developing. Then, in 2004, Robb contacted the nascent rhythm section (Mark 'Sparky' Fornek & 'Steady' Sam Bradshaw) with a concept and proposition: 'Since we enjoy playing music together so much, and there's so much potential there, why don't we convene regularly, develop a 'language' and 'history', and then start to record this musical unfolding'. So, that was the start of the Tree. What's come to pass is an incendiary trio, that draws from deep waters, including Drummer Sparky Fornek's extended tours with Chicago Blues Legends, Singer/Songwriter Andrew Robb's long creative history & formative influence in the Chicago Underground Alt-Rock scene, and Bassist Sam Bradshaw's extensive forays into experimental music. Hence, you can hear on 'Tip of the Iceberg' a host of musical influences, ranging from early Rolling Stones, Howling Wolf, the Stax-Sound, the Kinks, Pink Floyd, Talking Heads, and more. The Lyrical inspirations come from Bob Dylan, Tom Waits, Bob Marley, the Clash, and other poetic revolutionaries. The Tree: we do it, and we BRING IT because it our enriches our lives, making us happier people. We do it because we're fascinated with the process of making music, are in it for the 'Long Haul', and now feel compelled to .... SHARE IT WITH YOU!

Here's what you say about
Tree - Tip of the Iceberg.