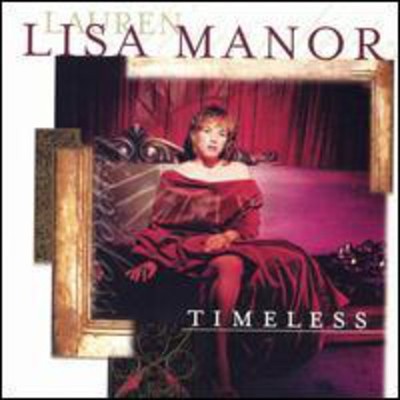 Lisa Manor is a silky-sounding chanteuse, a soulful songbird, a passionate new jazz singer. She soars onto the national recording scene with a stylish, self-assured singing style, high-quality original compositions, renowned backing musicians and a well-produced debut album. Appropriately titled, 'Timeless', the album features smooth jazz highlighted by artistic musical touches that include occasional R&B, pop, funk and Latin elements. What sets Lisa apart from so many female jazz and R&B vocalists is that she sees herself as a songwriter first. She co-wrote all but one song with her regular songwriting partner and producer/keyboardist Joey Arreguin. 'After several years of writing music by myself and with collaborators, I met Joey, who runs a studio, production company and record company (Love and Laughter Music, La Mirada, CA), explains Lisa. 'We really hit it off and began composing together. We spent about two years writing the music for 'Timeless', working very hard on the melodies and sometimes arguing over a single word change in an effort to make the material as strong as possible'. The album begins with a sound of Manor walking across the floor and opening a door, and the door is heard closing at the end of the recording. In between are ten original tunes, two interludes ('Ephemeral' and 'Timeless Interlude'), and a slow, melancholy cover version of Gilbert O'Sullivan's 1972 chart-topping hit 'Alone Again, Naturally.' According to Lisa, 'The entire creation of this album was a spiritual experience for me. I'm still amazed at how it all came together. There were signs everywhere that it was time to take a chance on what I believed for myself, so I took a small daily leap toward my dreams and in two years I was finished with a product I'm really proud of. Good things happen when you listen to your heart.'

Here's what you say about
Lisa Manor - Timeless.