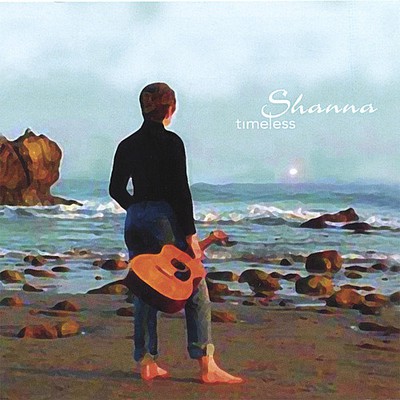 Shanna 'Songbird' O'Brien has been singing since a young girl. She was a featured soloist in her church choir and her family and friends would insist that she sing at functions and gatherings. Her wonderfully rich tone has always been 'music to the ears.' Shanna's influences are traditional folk music as well as Elvis, Bob Dylan, The Beatles, Annie Lennox, Ella Fitzgerald and many more. The '80's found her living in the Bay Area playing her guitar and original songs at the Sleeping Lady Café in Fairfax, The Resh House in Mill Valley and many of Marin's music festivals. During this period she studied voice with the renowned vocal coach, Judy Davis, located in Oakland. Eventually she recorded sessions with the 'master synthesist,'Patrick Gleeson as well as Michael Cotten and Prairie Prince from The Tubes, Greg Douglass, former guitarist with the Steve Miller Band and Cory Lerios of Pablo Cruise. Greg Douglass agreed to be featured on her 'Timeless' album. In the '80's she also opened for Journey at the Old Waldorf and went on to have her own show at the MGM Grand in Reno as well as at the Mandarin Hotel in Singapore. (Some of you who might want to check on these references should know that at that time Shanna was known as Sandy Welch.) During the 90's, Shanna's path took a turn away from a music career and into film distribution as well as painting and caring for a loved one who became ill. She worked for Medallion TV Enterprises on Sunset Boulevard in West Hollywood for 10 years and was appointed president of the company after her boss passed away in Cannes, France while they were attending an international film convention. Throughout these trying years, Shanna continued to write songs and play her guitar for friends in her living room. She calls it a stroke of amazing luck that in the year 2000 she teamed up with veteran musician / producer Terry 'Bear' Cano and she credits 'Bear' for helping her, to once again, pursue her musical aspirations. Her 'Timeless' CD is ready for purchase! When not on stage, or working with Batjac Productions in Beverly Hills, Shanna can be found at Bird and Bear Music Studio, writing songs for film and TV, recording original music or simply just enjoying singing and playing her guitar.

Here's what you say about
Shanna - Timeless.