Dan Israel - Time I Get Home 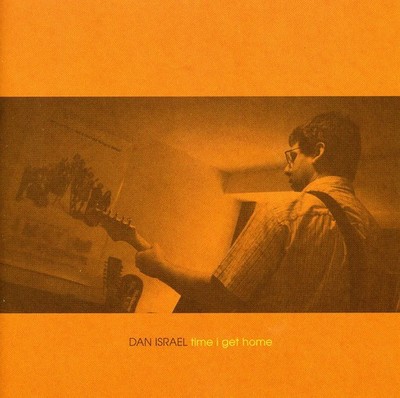 Dan Israel - Time I Get Home Minneapolis singer-songwriter Dan Israel is a hard worker. That much we know, if only from the fact that his new solo record 'Time I Get Home' (Eclectone Records, 2004) marks his sixth full-length release (while holding down a full-time day job) since 1996. But Israel offers much more than just a solid work ethic: this guy has something to say. A lot to say, actually. 'Time I Get Home' continues and expands on the themes of elation, depression, anxiety, frustration, sin, redemption, cynicism, and hope present on Israel's previous releases, both solo and with his band the Cultivators. Recorded in a basement studio with guest appearances by Cultivators drummer David J. Russ and Honeydogs keyboardist Peter Sands, 'Time I Get Home' is not only lyrically potent, but musically rich - 13 songs full of stay-in-your-head-for-days melodic hooks, lush and jangly guitar tones, and sweet harmonies. Israel unabashedly wears some of his influences (Beatles, Jayhawks, Stones, Westerberg, Dylan, Big Star, Byrds, Wilco, Freedy Johnston, Petty, Costello, R.E.M., World Party, etc.) on his sleeve, all the while carrying the mark of a true original who follows his own path, to hell with what 'all the phonies' think. Isn't it time the world figured out Minneapolis' best kept secret? A 15-year veteran of the Chicago, Austin, TX, and Minneapolis music scenes and nominated for Best Songwriter in Austin and Minnesota, Dan Israel knows that the song is the thing, and he writes some damn good ones. Sure, there are far greater injustices in the world, but isn't some larger recognition for this obviously talented songwriter long overdue? We're just asking. But hey, listen for yourself. Press for earlier Dan Israel releases: 'Damn, what a record!...in fact, perhaps the most surprising, and welcome, singer-songwriter find since Tim Easton's Special 20.' NO DEPRESSION MARCH / APRIL 2001, writing about 'Dan Who?' 'Well, somebody buy a billboard, hire a blimp, and give this guy his due already. His name is Dan Israel, one of the mad ones, one of the strugglers, and he just made the record of his life.' JIM WALSH / ST. PAUL PIONEER PRESS, OCTOBER 2000, in a 4-star review of 'Dan Who?' 'Bottom line with Dan Israel is that his voice is something you like having around, even if his rootsy pop band the Cultivators has no greater ambition than to tailor his songs for the radio chains that won't play him. He's soulful like a quiet, tender Elvis Costello, his backup players as comfortable Bruceing-up Tex-Mex as they are Pettying-down power pop on the new Love Ain't a Cliché (Hayden's Ferry Records).' PETER S. SCHOLTES / CITY PAGES, OCT 2002 'A magnificent collection of homespun roots rock tunes in the tradition of Minnesota bands like the Jayhawks...if Love Ain't a Cliché doesn't turn a few heads, nothing will.' ST. CLOUD TIMES, NOVEMBER 2002.

Here's what you say about
Dan Israel - Time I Get Home.