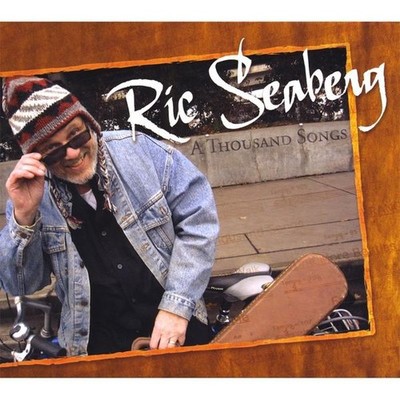 After his song 'If Oprah Was President' was used behind a CNN story about Oprah in 2007, Ric Seaberg went to work writing songs to complete his new CD, 'A Thousand Songs', which includes, among other typically interesting and sometimes humorous Seaberg offerings, 'The Lone Ranger Song', featuring Ric singing one of his first efforts at the age of 3. 'A Thousand Songs' is undoubtedly Seaberg's finest batch of songs, and includes the surefire hit 'Hear Me!', destined to be Ric's most played song since his masterpiece 'We Talk About Cars'. Hundreds of podcasters have enjoyed playing Ric's songs on their podcasts, and we predict these new songs will be favourites on the podcast circuit, as well as being added to shuffle rotations all over the world, generating proceeds which will of course inch their way into the Seaberg coffers......... as Ric himself suggests in the song, 'A Thousand Songs', There's water bills and l'ectric bills, and gas is gonna climb There's a Starbucks on the corner, where I spend a lot of time There's a website and guitar strings, there's CD blanks and picks But all these things could be resolved with a modicum of clicks Oh life would be so simple, life would be so fine Life would be much better, with a better bottom line! I'd send my kids to college, and I'd reek with confidence, If I could sell a thousand songs on iTunes every month! I'd dine on brie and oysters, and I'd take my wife t'lunch If I could sell a thousand songs on iTunes every month Two of Ric's tunes, 'We Talk About Cars', and 'Didn't Say I Love You Right' appear on NPR's 'Car Talk' compilation CDS. ' The Noise Pollution's Gone' is the official theme song of 'NoiseFreeAmerica'

Here's what you say about
Ric Seaberg - Thousand Songs.