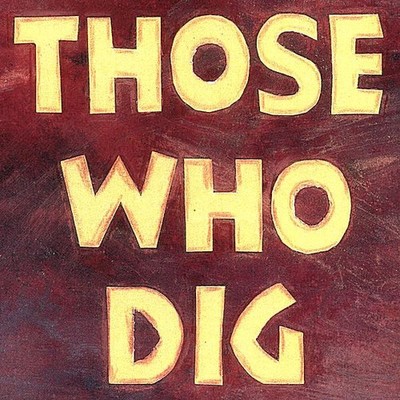 Those Who Dig is an Austin original. Not to be confused with the Seattle based TWD who released 'Specimen' in 1995, this Those Who Dig grew from Austin soil back in 1991. A decade has passed since their last SXSW appearance, but they are still alive and well. All members have since graduated from UT student to become Texas-Exes. Dispersed but not disbanded, Those Who Dig is back. So what happened? The night before SXSW 1993, Meyer Horn, TWD's drummer,received some terrible news. Having been accepted to Duke Medical School the year before, Meyer had put his career on hold so that TWD could market their '92 eponymous release in hopes of the dream record deal (see Daveed Garza). Their 1991 low-budget bedroom recording, 'Trouser Gallery' had been just rated one of Austin's top-ten cassette releases (remember those) by Austin Chronicle, and 'Those Who Dig' had debuted number one at the Drag's Tower Records. Those Who Dig was playing to packed West Mall shows every Wednesday,Rizano's on 24th ( long since gone) every Thursday night, and either Liberty Lunch, Cactus Cafe, Hole in The Wall, or Texas Tavern on any other given night. Having toured through Houston, Dallas, New Orleans, Memphis, Tuscaloosa, and Oxford, TWD had begun to develop followings at Rice, SMU, Tulane, Rhoads, U of Alabama and Ole Miss. They were a true college band. They were on the way. However, Duke gave Meyer the ultimatum, and TWD went on stage Spring of 1993 at Liberty Lunch fielding record contract offers they knew they could not accept. Friends before fellow musicians, Those Who Dig decided to protect the name and move on. In 1993 TWD became dormant, but their friendships have evolved and strengthened. Meyer is now a doctor of the skin (drummer/dermatologist) in Chicago after graduating from the other UT Medical School in Memphis. Matthew Hart (vocals, guitar, and mandolin) also went on to medical school at Columbia in New York, and eventually moved to LA where he is a singer/songwriter anesthesiologist. Kit Pongetti (vocals, guitar and percussion) moved to LA to become a successful actress, (Rosanne, Scrubs, Teenage Daughter, and several national commercials). Rod Sherwood (vocals and guitar) moved to LA and then New York to become a successful producer and engineer (Ivan Rubenstein-Gillis, Jen Chapin and Stephan Crump, Au Revoir Simone, Sam Winch). Matthew Sturges (vocals and bass ) moved to LA and back to Texas where he continued to bless Austin audiences with his bass, touring with Michelle Solberg and other Austin acts in addition to becoming a successful writer (Jack of Fables).The TWD family tree extends to Sumack (Pongetti and Sherwood's LA based group) who appeared at SXSW in the late 90's, The Spaghetti Westerns (Kit and Matt's LA based alt-country collaboration with Eric Garland of Bee Stung Lips) is a Hollywood success, and Ivan's Dream Band (Sherwood and Horn's collaboration you may have caught at the Bitter End in Manhattan).Those Who Dig has extended itself to both coasts, but itself has played reunion shows in Los Angeles, Santa Barbara, and Dallas and, of course, our beloved Austin, the place we still call home. Recently remastered (Jim Wilson at Yes Mastering in Austin) the 1993 self-titled original and adding some additional tracks, TWD brings back some timeless favorites.'Tonight, the Moon... ' debuted on KGSR the night Cowboys beat the Bills ( the first time ) in the Super Bowl. Track #6 'Bravo' was featured in the award winning film 'LA Rules: The Pros and Cons and Breathing.' Track #3 'Kid Knows' predated and many say inspired Sixpence None the Richer's 'Kiss Me.' Those Who Dig the album is a treasure trove of musical and lyrical expression. As Johnny Rollerfeet put it...'Those Who Dig was a band that played in the U.T. Austin area around 1991-92. This was the last of an era for Austin music when 'an Austin band' could be identified by the style of music. Alternative percussion, and instruments (bongos, flutes, violas, etc.) and a care-free lyrical style and performance were key factors in a scene that somehow felt simply good - like you felt watching Sesame Street before school killed your soul.