Chris Ayer - This Is the Place 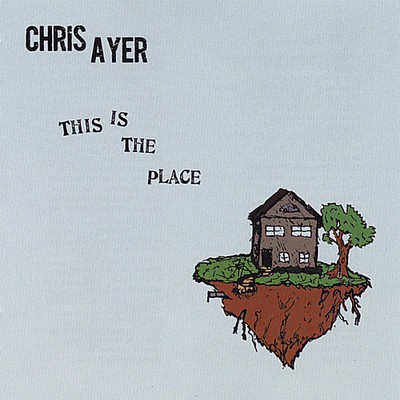 :: the story:: Chris got his musical start singing along to an Elvis tape when he was 7 in his hometown of McLean, Virginia. He got his first guitar at age 18 and began writing songs that same day. Upon moving to northern California in 2000, he started sharing his songs locally, while studying philosophy and music at Stanford University. Chris released his first EP, â€œStatic' in June 2003 (1,000+ sold), and followed it up with a live album in 2004, an album of acoustic demos in 2005, along with a largely self-produced EP entitled New Songs, which continues to get radio airplay nationally. After a year out of college spent writing and playing local bar gigs in northern California, Chris decided to hit the road. He got a little room in Brooklyn, NY, in June 2005, but has spent most of the past year traveling town to town, playing for whoever will listen - days spent playing on street corners, nights spent performing on the stages of music clubs and venues of all sorts. In between solo trips, Chris toured the United Kingdom as lead guitarist & vocalist in the MC Lars Band in early 2006. His first full-length album, This Is The Place, was recorded in Nashville and produced by Jason Gantt (The Chieftains, Brooks & Dunn, Tim McGraw, Faith Hill), and is set for release on October 24th, 2006. Collaborating with musicians and friends heâ€™s met along the way, Chris has used his uniquely expressive writing style to create a traveling album about feeling rooted in the world. It blends his early influences and coming-of-age with a collection of songs that explore the feeling of being present in the moment. Never more at home than when he is performing, Chris will be kicking off his national tour in support of the new album starting in November 2006. :: recent press:: 'He's talented... The last thing he needs is a (John) Mayer comparison; this guy is beyond Mayer. He's Bright Eyes mixed with James Taylor in the form of James Dean.' - URB Magazine [sept.06] â€œClever lyrics, an innate ability to carve genius song structuresâ€¦ He possesses one of those legendary voicesâ€¦ intriguing folk rock that recalls James Taylor and Damien Rice' - smother.net.

Here's what you say about
Chris Ayer - This Is the Place.