Kristi Rae - Things We Had to Let Go 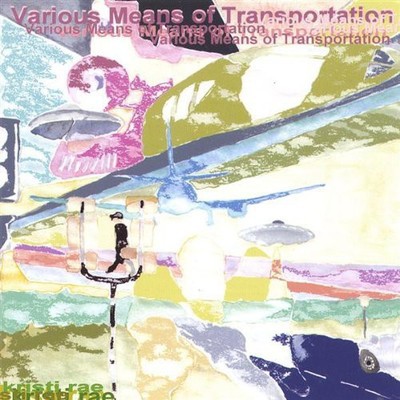 French poet and author Victor Hugo said that music expresses those things that can't remain silent. And although Angleton, Texas seems as far from France as Pluto is from the sun, music found a way to break the silence of a young woman who not only has something to say, but something worth hearing. Kristi Rae, who now lives in Austin, had an epiphany at a folk festival: the power of joys and sorrows of life are wholly enshrined in music. So, in her early 20's, Kristi began playing guitar and laying out for all to see the intimate details of life as she perceived it. Kristi found resolve in the strength of fellow heroines from Virginia Woolf to Ani Difranco ; people who not only stand for what they believe, but in this world of credulity, people who stand out for their beliefs-she became one of those people. It would be a few years of playing venues and charities in Houston that Kristi decided her life's ambition was not to be a this or a that, but instead, a musician. She has traveled throughout the U.S., reaching out to others through her tender voice and memorable melodies, and finding inspiration in the uncanny human condition. In 2005, Kristi Rae completed the first entry in what is sure to become an ever-expanding catalogue of originality. Various Means of Transportation, which transports the listener through a lifeline, evinces memories of childhood, examines the present, and considers the future. This debut recording is a great introduction to not only her music, but to Kristi. Wasting no time, Kristi has recently recorded her sophomore album just one year later, Things We Had To Let Go. Things We Had To Let Go is introspecting of detachment and release. The album explores the isolation evoked by life's darker turns, such as "we seem to thrive on early instincts of not opening up to say what hurts, or what loves". The intimacy of subjects like these imposes upon reality a numbness that Kristi so eloquently describes; "here on this mountain, we don't fight at all, we never even talk about it, we watch it go away". Track 3 quickly whisks the listener up and lifts into a chorus of Fender Rhodes, xylophone, jangling guitars and even a sweeping broom on "The Ballad of Cherokee Bill". In it's entirety, the album is a collection of peaks and valleys that easily resembles the landscape of any life that is open and true. Things We Had To Let Go encompasses nature, fiction, reality, and loss to carry the listener to a meadow where all things are released. With such strong statements, it will be interesting to see where Kristi Rae takes her music from here. Likely, our ears will be equally rewarded in 2007.

Here's what you say about
Kristi Rae - Things We Had to Let Go.