Birdwatchers of America - There Have Been Sightings 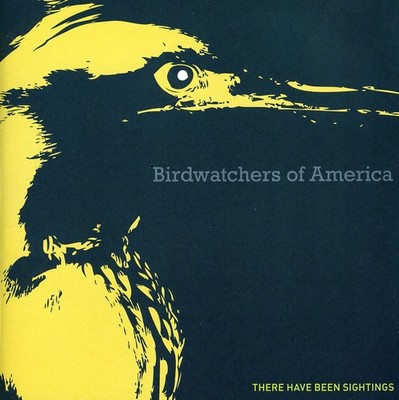 Birdwatchers of America's supersonic burst of lyrical pop songcraft, intriguingly fused with folk-rock and psych influences, has been described as 'Neil Young meets Big Star meets Pink Floyd.' Birdwatchers of America emerged out of the ashes of the 90's Boston pop scene. At the forefront of the scene were The Red Telephone and Permafrost, two critically-acclaimed bands that only barely made it on the national radar, largely thanks to college radio and the independent press. Yet true to all-too-many stories, the bands were derailed by shoddy record deals: The Red Telephone to Warner Brothers, PermaFrost to Emperor Norton. Resigned to anonymity, with little label support, both bands called it quits by the early oughts. A few years later, in early 2006, Telephone frontman Matt Hutton, toiling in his day job as a teacher and itching to get performing again, called up old bandmate Pat MacDonald. Bassist MacDonald had been playing with former Permafrost drummer Adam Goodwin in the Details (with Boston pop mavens Dave Aaronoff and Corin Ashley). Hutton and MacDonald invited Goodwin in to start up a new project, and thus Birdwatchers of America was born. The trio aimed to create a rootsy folk-rock sound. They worked with several organists, fiddle players, and pedal steel players, refining their approach. 'As we got going, a lot of the pop tendencies and psychedelic overtones kept reemerging,' says Hutton. 'But the roots instruments brought in great new textures. So we ran with it.' What shines in Birdwatchers of America, as their debut full-length 'There Have Been Sightings' (Raise Giant Frogs, 2008) testifies, is a vintage pop sensibility with rough-hewn edges and loopy frills, equal parts Big Star and Radiohead, Wilco and the Pixies. 'The music industry is in shambles, and we have grown up a bit. The whole concept of 'making it big' sounds a little ridiculous in this era, unless you're on reality TV, earning your fifteen minutes of shame,' says Hutton. 'Our main goal with this recording was to make the record we would most want to listen to ourselves, regardless of who will hear it. As soon as you stop thinking about the music as a means to some other success, and more as an end in itself, you have the freedom to be as creative and genre-bending as you like. A harpsichord solo over pedal steel? Why not? How about glockenspiel over fuzz bass? We just had fun producing the record.' And why 'Birdwatchers of America'? 'It's the least 'cool' thing you could imagine, like something your grandmother does,' says Hutton. 'But if you think about it, what could be cooler? Maybe grandma was on to something.'

Here's what you say about
Birdwatchers of America - There Have Been Sightings.