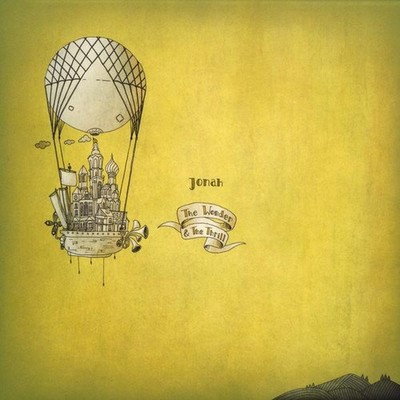 Portland, Oregon's Jonah has been a familiar name among the city's ever changing music scene for almost ten years. The band's latest full length, The Wonder and the Thrill, stands strong as their truest and most accessible recording to date, to be released nationally on November 9th, 2010. Like most artists, Jonah has evolved over the years. The Wonder and the Thrill reveals a departure from the band's Brit-pop origins, unveiling a somewhat simpler and softer approach to their arrangements, instrumentation and overall recording. Frontman Henry Curl delivers skillfully delicate and yet sometimes prodigious choruses, delicately threaded over, around and through warm, understated harmonies that are reminiscent of Travis frontman Fran Healy or maybe Matt Hales of Aqualung fame. These elements may be most evident on the opening track 'Please Let Go,' while 'Bees' shines bright as a catchy, upbeat anthem that will satisfy both loyal fans and new listeners. Not to be completely missed however is Jonah's signature blend of careening guitars and brimming choruses. These elements are fewer and farther between on The Wonder and the Thrill, giving the record a greater sense of spaciousness and poise. Jonah originally formed as a garage band in the high desert country of Bend, Oregon among a group of teenagers who later migrated west together, landing in the City of Roses. They've grown up in Portland and have experienced the ebbs and flows of the burgeoning Northwest music scene, while enjoying a fair share of 'thrills' along the way - releasing four records, touring nationally, landing songs in films and shows like Dawson's Creek and Ghost Whisperer, sharing the stage with heavy-hitters like Silversun Pickups and Youth Group and playing sold out shows at many of their favorite west coast venues, like The Crystal Ballroom, The Doug Fir Lounge, and The Echo in L.A. Recorded and engineered by Jordan Leff at Secret Society Studios and mastered by Kevin Nettleingham (Spoon, Elliot Smith, Hollipollock), the band's record release show is Friday, October 22nd at The Doug Fir Lounge in Portland, with special guests Climber and Deepest Darkest. Plans are currently underway for a west coast tour.

Here's what you say about
Jonah - Wonder & the Thrill.