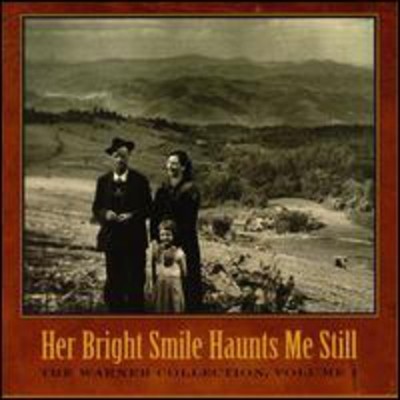 Anne and Frank Warner's lifetime of collecting folk songs has been called by Alan Lomax 'a continuous act of unpaid, tender devotion and a lifelong love affair with the people who remembered the ballads.' It is through this 'love affair' that the Warners were able to collect some of the most beautiful and important traditional American music ever recorded. Over the course of forty years, through lectures and performances, in books, and on seven highly influential albums of his own, Frank Warner taught America the songs that he learned from the great, mostly unknown, rural singers he and his wife had recorded in field trips up and down the Eastern Seaboard. In 1984, Anne Warner documented the collection in the critically acclaimed book 'Traditional American Folksongs,' which belongs on every bookshelf. Songs from the Warner Collection, including 'He's Got The Whole World in His Hand,' 'Days of Forty Nine,' 'Gilgarrah Mountain (Whiskey in the Jar)' and 'Tom Dooley,' are now widely known and sung throughout the world. These songs have been performed and recorded by Bob Dylan, Jerry Garcia & David Grisman, Metallica, Lonnie Donegan, The Clancy Brothers, Mahalia Jackson, The Pogues, Judy Collins and many others. In 1958, The Kingston Trio learned 'Tom Dooley' from the Warners via the Alan Lomax book, 'Folk Song USA.' Their recording of the song became a Number One hit which sold over three million copies and ignited the spark of what would become known as the 'folk revival.' The original recordings in the Warner Collection had only been heard by the Warner family and a small group of friends and music scholars until Appleseed released two volumes from the collection, in part at the urging of traditional music singer Tim Eriksen and his band, Cordelia's Dad. Volume 1, 'Her Bright Smile Haunts Me Still,' presents an overview of the Warner Collection, while Volume 2, 'Nothing Seems Better to Me' concentrates on Frank Proffitt and the music of his beloved Beech Mountain in North Carolina, where the Warners collected many of their finest songs. Interspersed between the songs, which are sometimes brief fragments, are snippets of conversation with the singers, transporting the listeners back to another time and place. Both CDs' booklets are filled with historic photographs, extensive essays and detailed song notes. These are essential collections for lovers of traditional American music and culture.

Here's what you say about
Warner, Anne & Frank - Her Bright Smile Haunts Me Still.