Dyllan Young - Spin Youre in 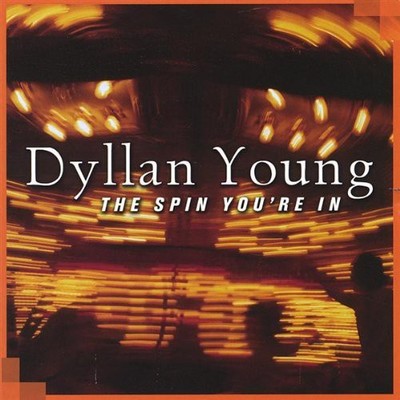 - I'm not going to tell you 'The Spin You're In' is an epic masterpiece - that is for you to decide. Let's stop the hype cycle... after all, every record is an epic masterpiece, according to the band. If you really groove to violin concertos or think Usher is amazing, then it won't be for you. Of course I think it's brilliant, but hey, that's me... - I put out a record on my own in 2002 called Music For Driving. I had been singing for only about a year. At the first studio I went to, I had to write a deposit check to a skinny, highly agitated guy with white powder all over his face. Only in the music business. People dug the record - said 'REM meets Soundgarden'. - Since the sound has evolved, I think we now sound like (REM + Soundgarden) divided by (Pink Floyd + the Beatles). Wow, now even I'm confused. - I've worked since I was 8 years old. I had to pretty much cover my mother's mortgage - which we sometimes didn't. Which is when we would hide in the kitchen when the guy from the bank came a'knockin'. Good times. I've done everything for money but have sex and that's only because nobody's offered! I've dug graves, built roads, worked at a bank, waited tables, etc, etc. - I played guitar for 10 years, amassing a lot of music, before I started singing. My best friend was supposed to be my singer, but he wound up becoming an architect. - My heart stopped during an emergency appendectomy. I started getting my act together after that. That was the first of my 2 near death experiences - hey, you get used to it after awhile. - I am unschooled musically, which I consider a major asset. I think it is the reason I/we have a fresh, original sound. - I don't like ironic music. Particularly rock. Or funny music, really. Of course, I love guitars. - For the last 3 years, I played with Atlanta's best musicians (band whores, all of them!!) And it shows on the record... - I think having a sexy ass or big breasts could make you a good 'video actress', but does not make you a good musician. I'd rather see the Mamas and the Papas in concert than J-Lo, you know? - I'm impressed with (and jealous of) how many rap guys have stayed in control of their own music and money. Ani Difranco too. - Who I'm listening to now: Minus the Bear (Highly Refined Pirates & Menus el Oso). The Flaming Lips (hey, better late than never). Some songs by Pinback and Wolf Parade. I think Modest Mouse's best record by far is The Lonesome Crowded West.

Here's what you say about
Dyllan Young - Spin Youre in.