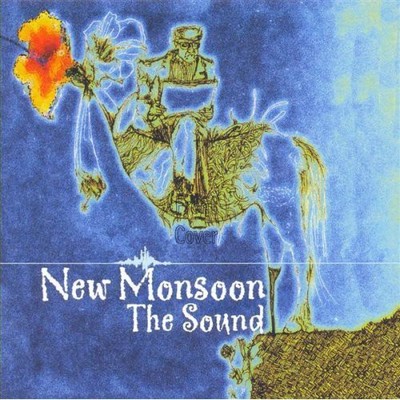 San Francisco rockers New Monsoon have been storming across the nation, transforming audiences into dedicated fans with their exhilarating marriage of world rhythms and rock bravado. New Monsoon's vibrant percussion and acoustic and electric instruments come together in an irresistible blend of sophisticated songcraft, inventive musical exploration and down home rock-n-roll. New Monsoon was conceived when Penn State friends Bo Carper and Jeff Miller reconnected in California. With Carper's rootsy acoustic finger style as a foil for Miller's inspired melodies, the pair sowed the seeds of the New Monsoon sound. With the addition of the tour de force percussion section of drummer Marty Ylitalo, tabla virtuoso Rajiv Parikh, and conguero Brian Carey, the New Monsoon vision started to unfold. During the recording of the band's first album Hydrophonic in early 2001, the band tapped long-time friend Phil 'The Pianimal' Ferlino for keyboard tracks. Blown away by the project, Ferlino immediately moved to San Francisco and joined the band on-stage at the 2001 High Sierra Music Festival. Nationwide touring and the band's second album, Downstream, followed in 2003. 2004 delivered bass monster Ben Bernstein, who has helped propel the band to new musical heights. Latin, Brazilian and Indian percussion, drum set, didgeridoo, electric and acoustic guitars, banjo, mandolin, bass and keyboards, unify the musical styles of New Monsoon's influences, which are as diverse as rock gods Jimi Hendrix, Pink Floyd and Santana, bluesman Mississippi John Hurt and world music pioneers Tito Puente, Shakti and Peter Gabriel. New Monsoon's original compositions are an experience of musical textures, rhythms, ideas and moods. At any given performance, the audience enjoys a synthesis of genres, everything from bluegrass to reggae, to funk and rock 'n' roll. No two shows are the same and fan recordings of performances have become a favorite among tapers and traders in musical communities throughout the country. The music's heavy Latin and Indian vibe, with progressive use of melody and rhythm woven into the mix, gets people up and dancing. New Monsoon's live energy is unparalleled and the sound flows relentlessly upbeat, all the while maintaining an irresistible groove. A New Monsoon concert is about pushing the positive, and connecting with the audience and music, bringing live music fans back for more and more. 2004 was a monumental year for New Monsoon. They began the year being awarded Jambase 2003 Emerging Artist of the Year and went on to perform at major music festivals and venues including Bonnaroo, Oregon Country Fair, the Austin City Limits Festival, Magnolia Festival, Red Rocks Amphitheater and The Fillmore. New Monsoon's performance at the legendary Telluride Bluegrass Festival - - where they wowed the festival audience of music lovers from all around the world with their unique blend of Indian and Latin rhythms, bluegrass and rock - - was captured and is now available on CD. New Monsoon Live at The Telluride Bluegrass Festival is an energetic, challenging recording that encompasses the band's free spirited, yet musically focused, approach to their music.

Here's what you say about
New Monsoon - The Sound.