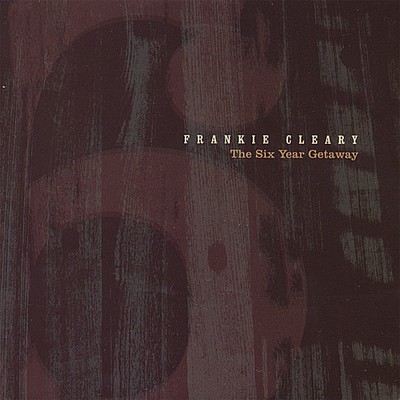 In the 5th grade I swore never to sing again after performing an embarrassing one line solo in the school musical as cowboy #3. I think my mom might even still have it on video tape. To her, embarrassing = cute. Must be a mom thing. Just to contrast, the lead in that same musical went on to be the famous front man of the band Something Corporate. Maybe I should have practiced more. Though it's apparent now that I didn't follow through with my vow to stop singing I did stay strong into high school until a good friend of mine convinced me music wasn't all evil. Signing up for one of the choirs, I slowly gained an appreciation for music until we began to sing and harmonize for hours. "Brown Eyed Girl" and "More Than Words" became commonplace in the bus lobby of the school. With the help of two other friends our tunes turned barbershop and we began busting tags until the janitor kicked us out. Our school wide popularity drove us to record a CD called "Bus Lobby Tunes"., permanently documenting the beginning of my musical career. Although I never continued in choir past high school, passion and inspiration kept me going. My voice sounded alone without the company of others and soon I picked up the guitar as my new accompaniment. I remember sitting alone in my living room perplexed by the fact that new songs kept coming out on the radio. There's only so many chord combinations, I was positive every song possible had already been written. And then I discovered Oval Opus. Guys that I had hung out with, partied with, and traded playing originals on an acoustic. This was the first band that I personally knew who could write songs that moved and inspired those who listened. I was driven to follow in their footsteps and start writing my own music. I came to discover that I could communicate poetry through song. That I to could write the types of songs and words that people could begin to relate to. I began to bring my guitar everywhere and play for anyone who would listen. By the time I was 20 I had took a break from college in search of my dreams of becoming a musician. I had written enough songs to record a full album and found a "studio" on the internet which wasn't much more than a handful of mics and some computer equipment. But we laid down acoustic guitar and vocals for 12 tracks, mixed, mastered, and turned out World Undercover, the kind of album that can only be created by idealistic youth. Derived from dreams and a bit of self reflection, World Undercover soon became a hit among friends and family. Summer 2002 I joined the Navy and set off on a 6 year journey to kill my musical career. I brought my guitar everywhere I went and tried to write and play as much as I could, but the job made it very difficult. But through the years I wrote the songs that would soon form the core of my next album. It was the response to my newest song "Different Side" that convinced me to enter an open mic contest at The Manette Saloon. Every Wednesday that summer I played and sang my heart out, drawing the crowds with my newest song and a few favorite covers. The contest ended in a tie for first place with cash prizes and future promises of gigs for the both of us. The response and support from my friends and fans was enough for me to take my songs to the professionals and try to turn out a real CD. This is when I found Stephen Sherrard at Dbar Productions. Steve worked with me to take 4 of my acoustic songs and turn them into full band productions. His years of experience, know-how, and amazing recording studio allowed my songs to reach the level they deserved. I've since made 1500 copies of a professional sounding and professional looking CD, had a great website put together, and started promoting to online sites, magazines, and stations. I'm not sure which direction...

Here's what you say about
Frankie Cleary - Six Year Getaway.