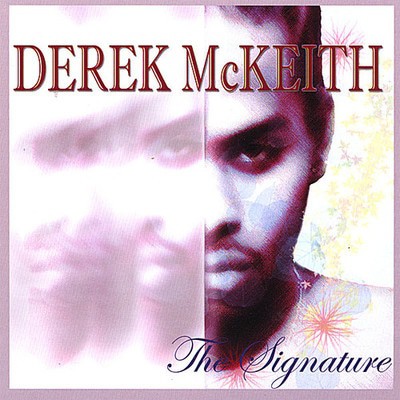 With the musical freedom of Jimi Hendrix, vocals that are reminiscent of Prince and the experimental boldness of Outkast, vocalist/songwriter/producer Derek McKeith is a package complete with creative foresight, lyrical honesty and natural showmanship. In 2003, DEREK introduced his fusion of Rock and Soul with the appropriately titled CD, Something Strange, which instantly generated a circuit of fans domestically and internationally. Selling over seven thousand CD's independently in the first three months of it's debut lead to a guest appearance on F/X network's "The Orlando Jones Show," an opening performance to a sold-out venue for Columbia/Skyblaze artist Goapele and crowned as one of Amoeba Music's 'Home Grown Artist.' DEREK is a progressive artist who subtly draws on a variety of musical genres for inspiration and has once again proven his versatility with his subsequent project The Signature...a journey bursting with fun, love, heartbreak and sexual desire. Songs such as Headlines and My Heaven have already caught the attention of radio stations from Los Angeles' KROQ, KCRW, Indie 103.1 and KPFK to Australia's 88.1FM. The internet has been a worthy medium for DEREK generating over 80 percent of album sales. It has served as a place where cyberspace searchers - from DJ's to avid music listeners worldwide - discover him daily expressing their anticipation to hear more and support his movement in volume. In conjunction, DEREK's live performances have clearly produced a large fan base with a broad audience and have proven their rock and soul loyalty as participants in his continuous sold-out performances.His enthralling energy, strong vocal range and old-fashion charm are all assets that make DEREK a well-packaged entertainer and are generally the overall consensus. With THE SIGNATURE, DEREK pushes the envelope of tradition once again with songs like "Mr. Stranger" and "Only You" confirming that his gift for innovation is endless and that his patience for cookie-cutter music is non-existent. He has been described by former Motown president Jheryl Busby as 'refreshing' and 'magnetic.' DEREK's credits also include: a song on New Line Cinema's soundtrack "The Son of the Mask," music licensed on Showtime's television series "Soul Food" and singing background to artist Tevin Campbell (Quincy Jones-"Back on the Block" LP),Jon B., Avant and Sisqo to name a few. Not only has DEREK's talent proven successful as a musician, it has naturally transcended him into the experienced entertainer and business savvy man that he is today.

Here's what you say about
Derek McKeith - Signature.