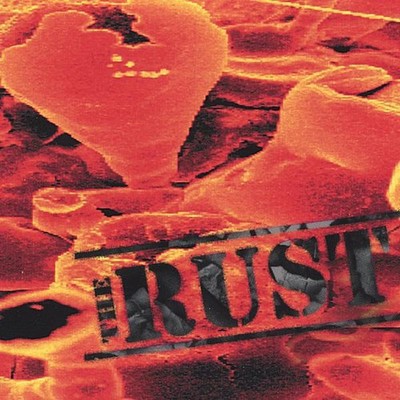 A melodic rock band, blending powerful melodies with rich vocal harmonies and driving rhythms. This Portland, Oregon (USA) group shines in live performances, with tuneful hooks and thought-provoking lyrics. The band has received excellent reviews for their self-titled debut CD, released in October 2000. Pat Yadon - Vocals and keyboard Phil Klahn - Keys, guitars and backing vocals Charlie Swift - Drums and backing vocals Dan McAlister - Lead guitar Jim Beaty - Bass and backing vocals Reviews 'Light progressive melodic rock with strong melodies, tight instrumentation, tuneful hooks and massive impressive vocals ... this album is solid as a rock' - Rock Report magazine 'a great band with tremendous potential and professional abilities. Simply fantastic!' - Besonic.com online music site. 'This band is quite sensational, because besides a good vocalist, some great melodic tunes, also the production is wonderful. Nothing stands in my way to give this band a big recommendation.' - Strutterzine online music magazine BIOS Pat Yadon - Lead Vocals and keyboards - Pat has been singing and drumming since he joined his first band with his childhood friend, Charlie. He holds an AA degree in Recording Engineering from the Audio/Video Institute in Hollywood, where he studied with Andy McKinzie and Michael Flicker (produced Heart), among others. His first solo CD was recorded at the Music Lab and The Bakery in Hollywood. Called 'Sensible Nonsense', it featured a single 'I'll Always Love You' (No resemblance to Whitney Houston) which received considerable local airplay. The CD was picked up by an independent label, JK Jam Productions, and received serious consideration by Atlantic Records, but ultimately, no deal. His follow-up project was 'Endurance. The Rust is performing the title track and 'She Takes the Rain' in live gigs. The CD has been re-mastered for possible re-release. His favorite or influential singersinclude Steve Perry, Frank Sinatra, Jeff Tate, Freddy Mercury and Mike Reno. Charlie Swift - Drums and Backing Vocals - Charlie started playing drums out of jealousy because one of his school buddies (Pat) could play. Rumor has it that Charlie has played in at least half of the cover bands in the NW United States and he was an original member of the notorious Seattle, Washington band, Thrill Junkies. Charlie and Pat were also in the bands High Strung and The Big Bang. Drum influences are Bill Bruford, Terry Bozio, Chad Whackerman, Buddy Rich, John Bonham, Keith Moon, Neil Peart. Jim Beaty - Bass and Backing Vocals - Jim studied piano and trumpet as a lad, but soon gave way to the dark side, cutting his bass chops on Led Zeppelin, Rush, Styx and The Police. Jim plays both fretted and fretless bass, a talent he honed over several years playing in bands such as The Other Side (A reference to a former band whose members could not even share the same stage), Short Notice and Spectrum in Salem, Oregon. Influences include Geddy Lee, Chris Squire, and John Paul Jones. Phil Klahn - Keyboards, guitars and backing vocals - A prolific songwriter, Phil taught himself piano, studied jazz guitar and music theory. He has produced his own solo projects (Phankl) as well as local artists H2H, Darlene Anderson and the Gospel Sons. He is a former member of the Portland area bands Anonymous and Mister Completely. Dan McAlister - Guitars - An original member of the band, Anonymous, Dan also played bass and co-wrote most of the songs on Anonymous' first two demo projects, oddly enough both entitled 'A Moment's Thought.' With a Ph.D in optical engineering, Dan is a brilliant and thoughtful individual, as well as a talented soloist.

Here's what you say about
Rust - Rust.