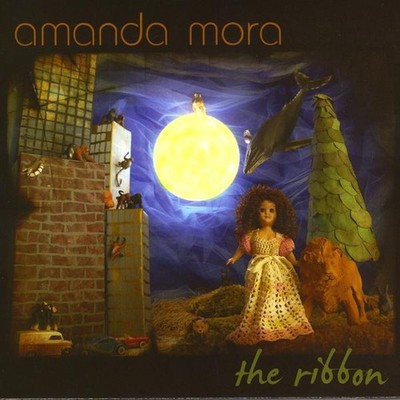 For Amanda Mora, music is in the blood. She was born in Austin, Texas to two professional musicians, both of whom had a strong musical heritage in their own families. Her parents played together in the Doc Jones Band in the Austin area for nine years during the 70's before becoming life partners and raising a family. By the time Amanda arrived her mother, Jill Jones, was forming a career in Western Swing with a niche in yodeling that would lead her to the top of WMA music charts and earn her the title of National Yodeling. During the years that Doc was not playing professionally, his music defined him as a man and a father, and filled the house with music during Amanda's formative years. Even with all the music in the air, Amanda did not pick up the guitar until she was nineteen. As she describes it, "It happened over night, I went from being completely satisfied with just listening to music, to urgently needing to find my own musical expression. Once I opened the door, a flood came out. A wrote a new song for every new chord I learned, or made up." In the fall of 2007, Amanda moved into her father's home studio and taught herself to edit and engineer in Pro Tools. In January of 2008, she took her twelve favorite tracks (most of which had been the previous year) into the studio where, as Amanda wrote, "my family's deep love of music and malady of perfectionism overcame me within the first week in the studio, and I soon surrendered to a recording process that would take over nine months to complete." She jokingly adds "I think my friends were all expecting to hear the sing-songwriter nightmare of a whinny voice reading straight from her diary to over-used melodies and three chord progressions. They had no idea what I was up to." The Ribbon has proven to be a striking debut release, garnering praise and excitement from professionals, critics, and unintended passer-byers alike. It is rare to find a debut release wherein the artist has so fully developed their style and depth of material. The Ribbon reflects Amanda's fearless pursuit and singular dedication to her creative muse and stands alone when you consider that it was written, produced, and engineered by Amanda Mora herself, creating a purely original product. The Ribbon creates it's own world of vision and feeling that will linger with you after you've turned it off, and it will call you back again and again. She does not simple drop you off in her world and expect you to be entertained, she will earn your attention aesthetically, musically and intellectually.

Here's what you say about
Amanda Mora - Ribbon.