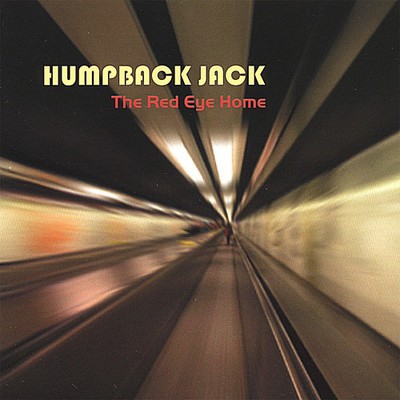 Humpback Jack is a four piece rock band based out of Fayetteville, AR. They started out as a house band at Willy D's Piano Bar on Dickson St. in Fayetteville, playing whatever was requested by the audience. Since then, the band has evolved to writing their own material, as well as playing a few of their own choice covers, and intertwining them into entertaining sonic landscapes. In 2005, Humpback Jack released their first album, an all instrumental 4 song EP entitled 'Electramental.' The band has finishing up their first full lyrical album, 'The Red Eye Home,' which was released April 12, 2007. Humpback Jack's repertoire is extensive and diverse, compiled mainly of their original rock material. The sound has been created by the collaborated styles of all four members and their influences. Some of the main/recognizable influences are Bruce Hornsby, Widespread Panic, Radiohead, Coldplay, Pink Floyd, Led Zeppelin, Santana, Yes, the Dave Mathews Band, O.A.R., Gallactic, The Meters, Steve Winwood, Phish, The Steve Kimock Band, and Jacob Fred Jazz Odyssey.

Here's what you say about
Humpback Jack - Red Eye Home.