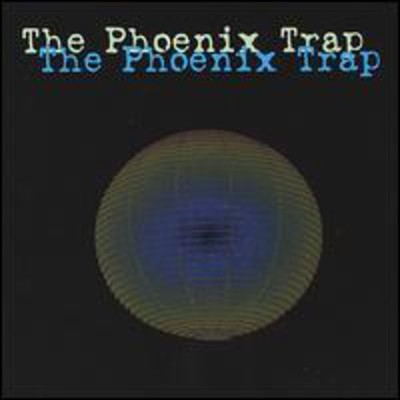 After forming in 1998, The Phoenix Trap built on some early adversity to become a rising new force in the regional, original music scene. After three different line-ups, the band found the right mix with it's current roster Teresa Kelly (vocals), Chad Gorn (guitar), Mark Gardner (bass) and Mark Robart (drums). With Kelly, the band developed a more definitive pop-rock sound. The change in sound was fueled by Kelly's radio-friendly vocals and exciting stage presence. Unofficially, The Phoenix Trap marked the start of the Kelly years with the release of the demo 'Skywriting' in 2001. With the demo finished and a string of gigs under their belts, they ventured into Soundgun Studios in Philadelphia to record their first full-length album. The eponymous work was recorded in October of 2001 with acclaimed producer Edan Cohen (Burlap Palace, Brian Seymour and Songs: Ohia) and released in March 2002 at The Fire in Philadelphia. The album includes 12 songs and guest appearances by Philadelphia notables Mike 'Slo-Mo' Brenner, Elliot Levin and Quiara Hudes. With a solid studio recording to push, The Phoenix Trap has become a band to watch. Now in regular rotation on weekends at the Grape Street Pub in Philadelphia, the band has shared the stage with Virgin Recording Artist the Exies (named a Band to Watch in 2003 by Rolling Stone magazine), Mark McAdam (of Sumack) and Shoe Suede Blues (featuring Peter Tork). They have also shared the stage with top regional artists like K-Floor (Treasure), IKE (Bisbee Roadkill), as well as unsigned artists Transistor Rodeo, DownCircleBack, Stargazer Lily, Amber DeLaurentis and Nancy Falkow, to name a few. The Phoenix Trap has performed in New York, Boston, Baltimore, New Jersey and throughout eastern Pennsylvania. The band has also occasionally stripped down it's electric set to play the area's growing number of acoustic venues. They continue to garner radio airplay and make on-air appearances throughout the region. The band is currently working on songs for a new album to be recorded in the beginning of 2004. The Phoenix Trap has been played on the following radio stations. Tune in and make a request! WDIY 88.1/93.9 FM (Easton, PA/Phillipsburg, NJ) WMUH 91.7 FM (Muhlenberg, PA) Y100 100.3 FM (Philadelphia, PA) WSTW 93.7 FM (Wilmington, DE) WUSC 90.5 FM (Charleston, SC)