Dearest, Crown - Path to Going Down 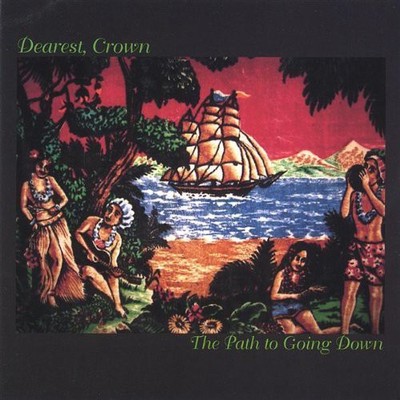 Portland Oregon's Dearest, Crown mixes simple but endearing melodies with bowed, fretted, and wind instrumentation. The music wanders from bluegrass, swing, and folk balladry to indie-pop reminiscent of the Verlaines and Neutral Milk Hotel. Often described by reviewers as a 'folk-rock Flaming Lips', the music is diverse without being distracting. The words are a significant component of their compositions, dealing at equal levels of earnestness with geomorphologic phenomena, mathematical quandaries, and more conventional lyrical topics. The band started as a side project for Todd Steinberg and singer/songwriter Sean Harrasser. Both were members of Harvester, an indie-pop four piece with a loyal northern California following. Harvester was signed to Geffen (DGC) in the mid 90s, but the band's relationship with the label was short lived. Following their major label debut, Me Climb Mountain, the four band members moved to 3 different states. Yet Harvester would release three more full length albums and one EP with Northern California's Lather Records and German label Trocadero Records. With Harvester in the background, Dearest, Crown became the focus of their songwriting and performance activities. Steinberg and Harrasser were joined in 1999 by two dynamic multi-instrumentalists: Leif Webb and Ryan Martin (also a highly capable singer-songwriter). In 2003, drummer Ario Lynch rounded out this eclectic five piece line-up. Dearest, Crown began recording their debut CD A Single Star, Bigger than the Universe in 2002 with Larry Crane (another fellow Northern California transplant) at Jackpot! Recording in Portland Oregon. Dearest, Crown has been busy playing throughout the Pacific Northwest since the September 2002 release of that CD. Working again with Larry Crane, the band recently completed their upcoming release, The Path To Going Down which is slated for release in August 2004.

Here's what you say about
Dearest, Crown - Path to Going Down.