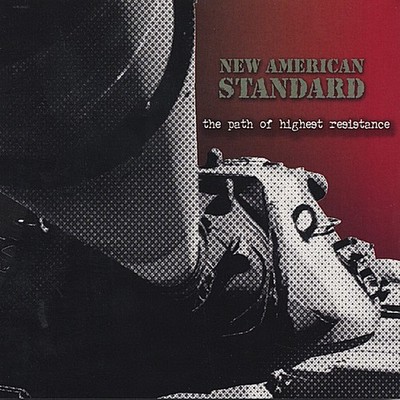 Hailing from Seattle, New American Standard is a hard working, hard rock four piece. When it comes to musical taste, New American standard often stands out from other northwest groups with a more aggressive, slightly less indie rock sound. Their sound is characterized by surreal, delayed out, soft, layered notes followed by punishing oceanic waves of textured distortion. Striking closer to the melodic side of hard rock, New American Standard fits well in the same category as bands like Sunny Day Real Estate, Thrice, Foo Fighters, Jimmy Eat World, and Smashing Pumpkins. Having spent almost 3 years in the Seattle music scene, New American Standard has found a great deal of acceptance in a city notorious for it's highly critcal taste. Much of this success has been gained by frequent airplay on 107.7 The End, Seattle's most prominent rock station. Despite being an unsigned band, New American Standard often plays high profile local shows and has shared the stage with national acts like Loudermilk, The Jealous Sound, Visqueen, Pris, and Vendetta Red. Having achieved a name in Seattle, the guys in New American Standard are road ready and are taking on the nation with their potent blend of hard rock with national tours starting in April of 2004.

Here's what you say about
New American Standard - Path of Highest Resistance.