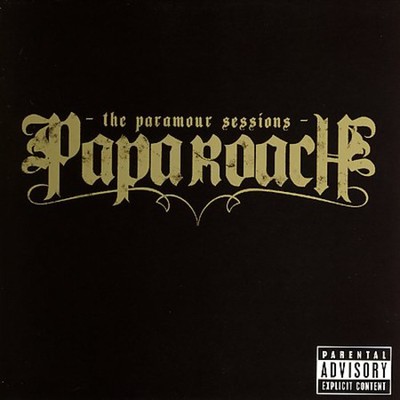 In 1933, oil heiress Daisy Canfield was on her way home from a party when her car veered off a Mulholland Drive cliff, plummeting 300 feet and instantly killing the wife of silent movie star Antonio Moreno. In the decades that followed, the couple's 14-bedroom Hollywood Hills estate would see time as a school for girls, then a convent before falling into disrepair, later being devastated by a 1987 earthquake. Born again more than a decade later, the renovated mansion has served as a recording studio for the likes of H.I.M. and Gwen Stefani, and recently hosted television's "Rock Star" reality series. It was between seasons of "Rock Star" that Papa Roach were tenants of the historic property, writing and recording the songs that comprise the Paramour Sessions. "We chose to move into the Paramour so we could focus on music and not have to deal with and be affected by the outside world," says Papa Roach drummer Dave Buckner. Little did the band realize the impact that the house would actually have. "We went in to the house with the intention of writing the most savage, bad-ass record we could write," adds frontman Jacoby Shaddix, "but when we got there, the house had a spirit about it that was bigger than us. We knew we were onto something the second we went into our jam sessions, because we'd never stepped into a room and played for six or seven hours straight, just being creative."The results of that creative energy - whether channeled by the band, or the product of a mysterious, more elusive energy - are the Paramour Sessions, the fifth full-length Papa Roach release of the past decade, and second for Geffen Records.

Here's what you say about
Papa Roach - Paramour Sessions.