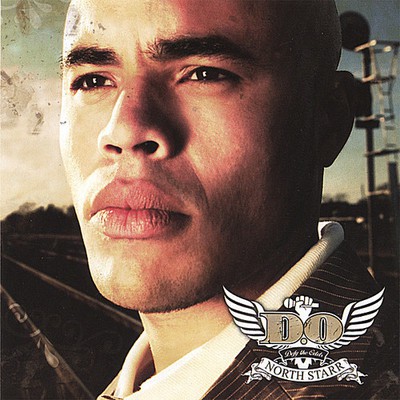 Not too many MC's can say they have made history... From setting a Guinness World Record, to being on the verge of releasing his debut album, D.O. aka Defy the Odds is just getting started on making his mark in the music industry. With family roots in Nova Scotia and Saskatchewan, D.O. spent his youth moving around towns and cities throughout Canada before settling in Toronto. On July 5th, 2003, D.O. made Hip-Hop history by establishing the Guinness World Record for World's Longest Freestyle Ever rapping a breathtaking 8 hours and 45 minutes. The record feat garnered an abundance of attention in the global hip-hop community, including an article in industry leading XXL magazine, interviews on MTV and MuchMusic, and features on Daveyd.com, Hiphopdx.com, Allhiphop.com, and Hiphopcanada.com, amongst others. Following the world record setting rhyme, D.O. took his show on the road. In addition to performing in Toronto and throughout Canada, D.O. went south of the border to cities such as Detroit, Atlanta and New York City, performing and selling CD's out of his trunk. While on the road, D.O. crossed paths with legendary MC's including KRS-One, D.M.C. of Run D.M.C., and Wyclef. After they found out that D.O. was the rapper that set the Guinness World Record in freestyling, each MC offered valuable advice. 'I realized that I owed it to Hip-Hop to make music that could last beyond my lifetime,' says D.O.. Returning to Toronto rejuvenated, D.O. began work on The Northstarr album. While working on his debut album, local schools began requesting him to speak to their students. A former educator and University graduate, D.O. created the Stay Driven program. Through Stay Driven, D.O. began touring schools - performing and encouraging youth to use words to empower themselves. A few years later and Stay Driven has now reached over 100 schools and 50,000 students! In the summer of 2006, D.O. was profiled in one of mainstream medias' leading publications - Newsweek, his rapping skills were featured on Wal-Mart's 'Back 2 School' television and radio campaign, and he rocked the mic with Hip-Hop's leading DJ - Funkmaster Flex - at a summer show in the Boogie Down Bronx - the birthplace of Hip-Hop. Set for release in 2007, The Northstarr includes the singles 'Just Forfeit,' Young Brother,' and 'Defy the Odds' and features production from top beatmakers Slakah the Beatchild (Arabesque, Choclair), Tonemason (Rochester, Talib Kweli, Game) and Classified (Maestro, MMVA for Best Rap Video 2006). With The Northstarr, D.O. looks forward to creating more Hip-Hop history!

Here's what you say about
D.O. - Northstarr.