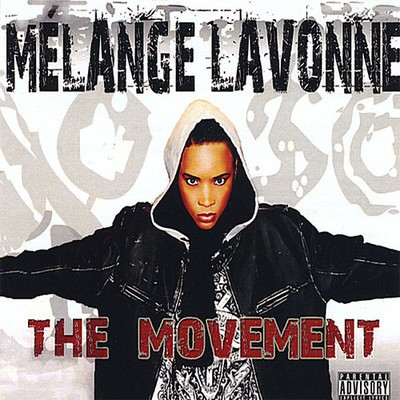 Biography of Melange Lavonne Native to California, Melange Lavonne, an outspoken advocate for God, openly black lesbian hip-hop artist & activist whose song 'Gay Bash' delves into the death of her best friend Kevin at the hands of gay bashers. The video for the song was shot 2007 and has been aired on MTV Logo's Click List, and voted The Best Music Videos for MTV Logo's New Next Now 2007. Lavonne, who has just completed her new album, titled 'The Movement' brings all of herself - including her sexual orientation - to her music despite the fact that hip-hop is often experienced as misogynistic and homophobic. 'I was diagnosed with Hodgkin's disease around the same time my grandmother was diagnosed with breast cancer,' she said. 'I had one and a half years of radiation therapy and was home-schooled. ... To boost up my confidence, I took up sports.' Her father, with whom she was living with at the time after her parents' divorce, was a former basketball coach and encouraged her to shoot hoops. Unfortunately, her battle with cancer is not over. 'In April 2005, another tumor developed, and in the process of removing it, they found a rare type of cancer called SETTLE tumor [Spindle Epithelial Tumor with Thymus-Like Differentiation],' she said. Lavonne does not let it slow her down, though. In addition to writing songs, dabbling in music production and touring with HomoRevolution, she's also done some modeling and acting and is attending school, majoring in graphic design and computer networking. She now lives in Palm Springs, Calif., away from the ruthlessness she found when living in Hollywoodand records in Palm Springswith her producer & cousin, King Beats. I love hip-hop because I can articulate in about four minutes what I cannot in a conversation. In 48 bars, I can get my point across.' She has toured extensively around Southern California, is touring with the homorevolution which was about of the True Colors Youth Conference at Uconn, touring in New Jersey, New York, and is recently working on her new video 'I Got You aka Gay Parenting. Ironically, Lavonne didn't grow up listening to rap and hip-hop and doesn't listen to it much now, other than when visiting clubs. 'There's a wide variety of music I listen to now: jazz, classical, rock, alternative. I love, love, love Michael Buble.' Her outspokenness definitely carries over to her music as well. Her song 'Sick Sad World' decries racism, abuse, poverty, anorexia and prejudice. In 'The Game,' she exposes some of the problems of the hip-hop world, saying, 'the music industry is a pimp and they see you as a ho.' 'I got you' addresses Gay parenting and 'Future President' addresses the fate of the nation. She also touches issues on Domestic Violence, A.I.D.S, Gangs, and Global Warming Despite hip-hop's negative rap, Lavonne is clearly in love with the genre. She adds, 'I'm married to hip hop; it's my dedication.' For more on Lavonne, visit her official website or her myspace.com/melangelavonne.

Here's what you say about
Melange Lavonne - Movement.