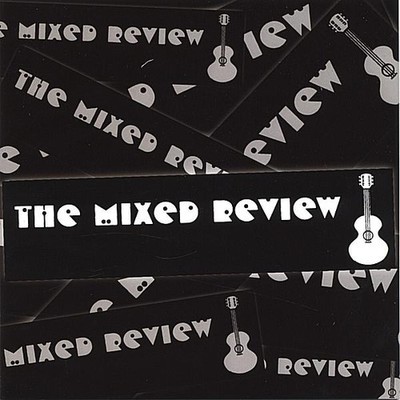 'The Mixed Review' began in 1997 as a gathering of like minded musicians searching for a common thread. Starting as a campfire, song circle, guitar swap, songwriter's-in-the-round, mini-festival or jam session, the name came as a 'what to call 'it.'' Evolving from picking on the porch to a gig request, when asked what their band name was 'it' stuck. Now 'the group' includes a band sometimes numbering as many as 10 to 12 players. The latest result of which is their first self-titled CD. Recorded at the widely acclaimed Loma Ranch Studios in Fredricksburg, Texas (Hal Ketchum, Eric Taylor, Nancy Griffith...) their debut CD is an eclectic hybrid mixture of obscure covers and originals. Considered alt country/americana/bohemian/rockbluesfolkjazz, their variety of songs and voice deliver a pleasing result to young and old. From tear jerkin' to foot stompin,' several covers are recognizable from Sam Cooke's 'Bring It On Home,' The Band's 'The Weight' to the much requested 'Gospel Medley,' as well as several unrecognizable covers and originals receiving regional and national acclaims (i.e.:'Texas Mud,' American Songwriter Magazine 3/04). While this release has been long awaited by their following, 'The Mixed Review' won't soon forget it's roots. Hosting a '2nd Friday' live music night, in Huntsville, Texas for 4 and half years now, 'The Mixed Review' mixes it up with other area and regional singer-songwriters, hosting, opening for and/or playing with the likes of Steven Fromholz, Ray Wylie Hubbard, Sisters Morales, Gary P. Nunn, Danny Santos, Steve Young, Willis Alan Ramsey, Todd Hoke, Ben Scales, Clover and Rachel Carrol, Fish Spur, Riverwest, Davin James, Larry Joe Taylor, Tom Russell and Andrew Hardin, Cooder Graw, and more. 'Night clubs in New York City, like Brother Jimmy's and Hogs and Heifers spend tens of thousands of dollars on ambience like this'. (The Bulletin, 3/02) With some regional and national songwriting success the players plan to continue their support for songwriting and live music by keeping with the music. ' 'The Mixed Review' is about the music, not the money, or the band. 'The Mixed Review' has played benefits for causes they agree to support raising more than $100,000 over the past few years.' ''The Mixed Review'' CD includes many players .... see liner notes on the inside cover for a list.' 'Look for 'The Mixed Review' .. on CD, hosting a house concert, playing an event or benefit, or picking on a porch near you.'