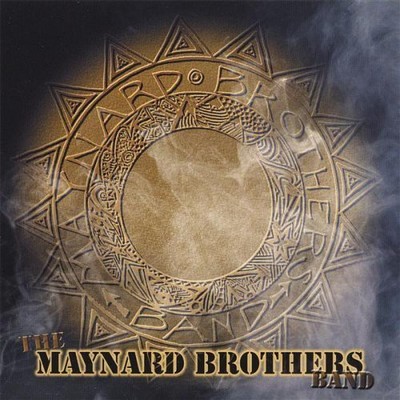 :: ------ Latest News ------ :: The Maynard Brothers Band latest CD, 'Honeymoon In Meatland' is done and here at CDBaby. Check It Out! :: ------------------------- :: BLUES REVUE The Maynard Brothers CD review by Kenneth Bays, Senior Editor, Blues Revue June, 2001 'These days, it's a miracle when a new band comes along who's interested in writing songs that transcend cliché. Subtlety isn't exactly a hot commodity in today's blues climate, so acts rarely have an incentive to explore the deeper elements of songcraft. Apparently no one told guitarist Erv Maynard that. On his band's debut, Maynard pens a dozen or so tunes that are smart, nuanced and original. With brother Jeff on vocals and bass, and family friend Harold 'Clutch' Reiser on drums, the Maynards come across as a tight, flexible outfit with bar-band-grown-up charm. (And in fact, the members of the group have been performing around their home base of Johnsonville, N.Y., for nearly 30 years.) Despite their facility as musicians and a team - Jeff's bass lines are always fresh, and Reiser holds any groove steady - Erv's songs remain the centerpiece. He could probably work as a writer-for-hire at any respectable blues label. Originality, of course, doesn't necessarily mean abandoning tradition. The acoustic 'Down To The River' repeats a familiar blues tale of murder and demon-haunted guilt, but it's dark melody and guest Tony Perrino's B-3 underpinning raise it a cut above the rest; the song also features Jeff's best vocals. And 'Call The Warden' is pure slow blues anguish in 12 bars, with Erv's pained guitar solos telling the death-row story more succinctly than the lyrics themselves do. But it's when the Maynards move beyond standard blues fare that they truly excel. The uptempo 'Don't Call It Love' works on several thematic layers simultaneously and features some of Erv's most involving lyrics; 'She Sold My Monkey' is a tongue-in-cheek heavy rock number that in a more daring time would be an FM hit. Elsewhere, Piedmont-leaning blues ('No Devils'), pop balladry ('Do You Remember When') and classic R&B ('You And I Can Fall In Love') expand the Maynard's palette without making them sound like mere dabblers. The disc ends on a misstep, and it's a shame: Erv's folky, acoustic 'Better Things To Do' could have been fantastic (sample lyric: 'I don't care if you don't love me/ Like fish don't swim in the deep blue sea') if not for a forced gimmick in which the band members trade off vocals. No matter - the Maynard Brothers Band's first release is a keeper, and they're an act to keep an eye on.' Thanks Ken - we agree! Be sure to check out our latest CD, 'Honeymoon In Meatland' right here at CDBaby.